Above the Clouds - A Community for LGBTQs 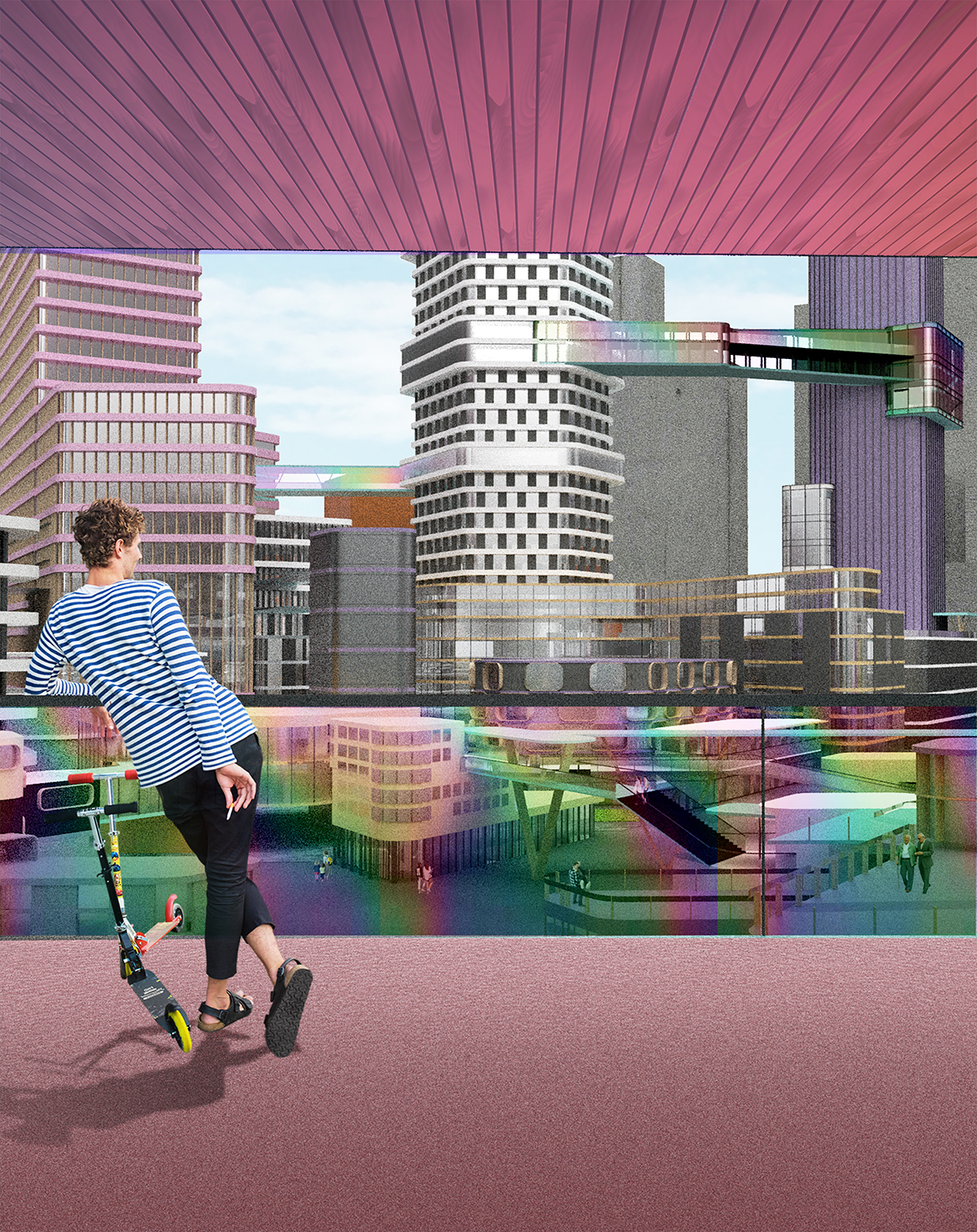 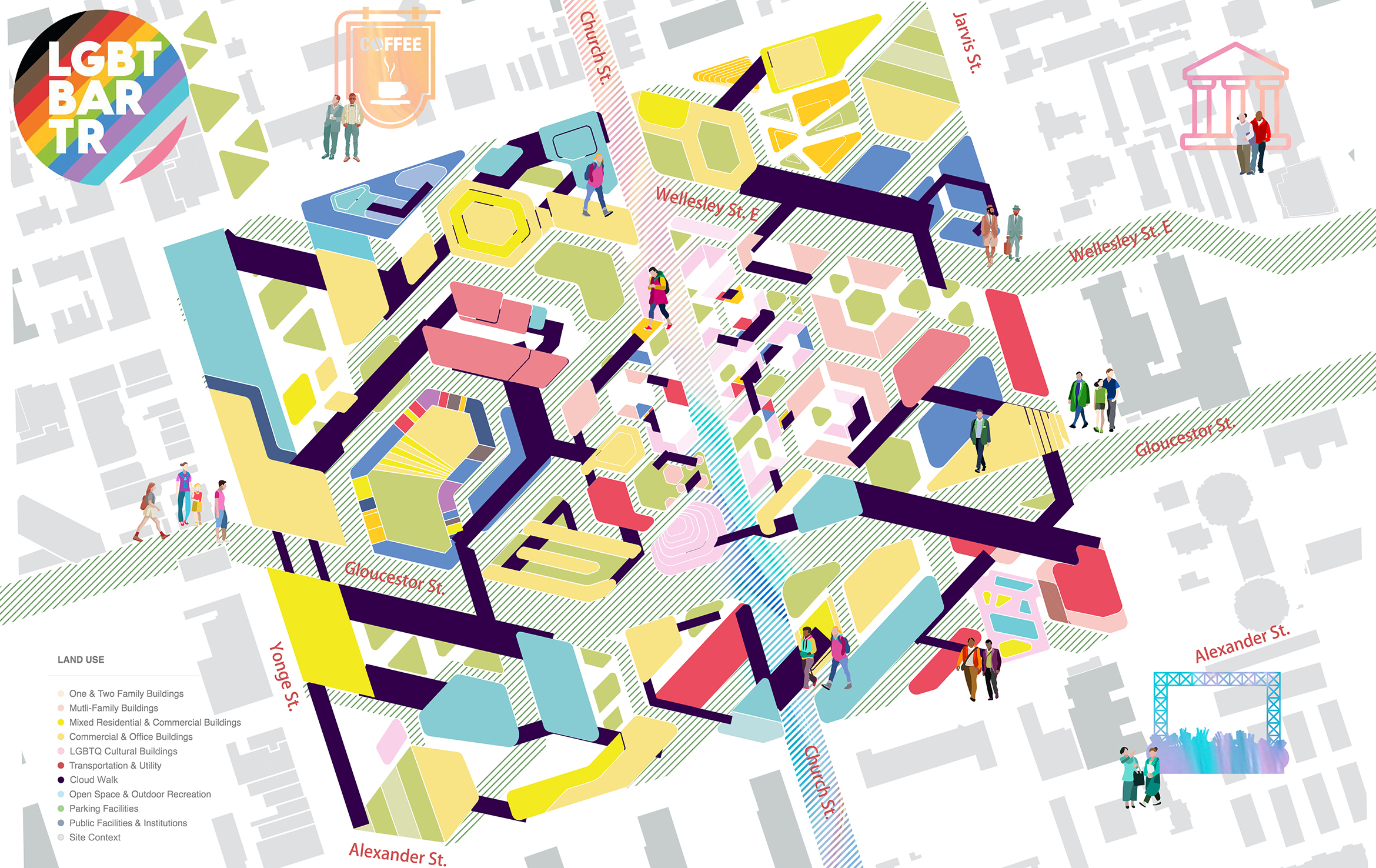 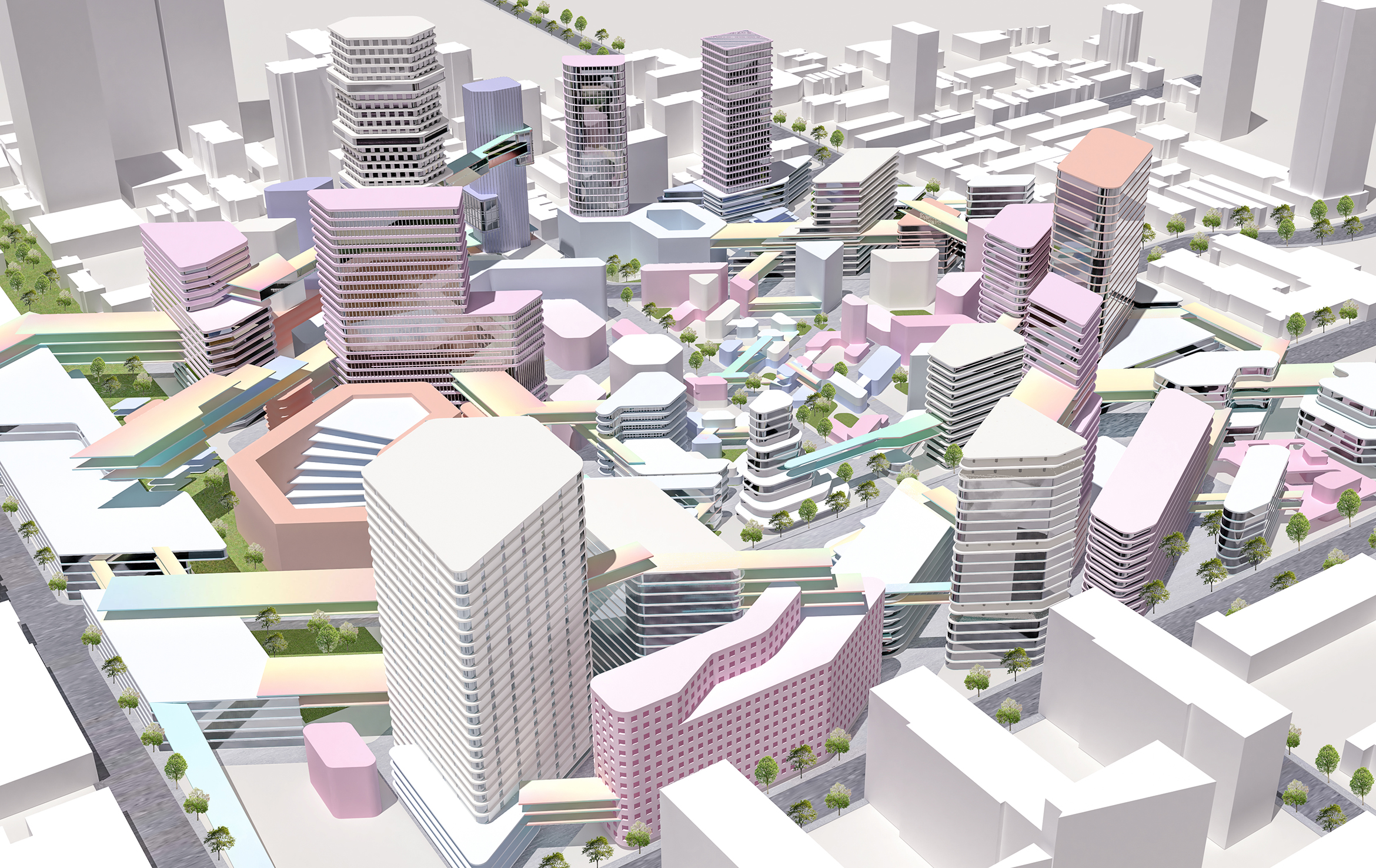 As a minority in society, LGBTQ groups have been fighting for equal rights for decades. The cross of Church St and Wellesley St seems ordinary in Toronto, but it annual LGBTQ parade stands for long-standing LGBTQ culture. The annual parade, Pride Toronto, gathers and starts here.

We chose here as a site to create a super pedestrian-friendly community for LGBTQ groups, aiming to free them from other people's disturbing look.

The core of the concept is a "cloud walk", relying on a traffic tower perpendicular to the city interface, winding from the outside to the inside, to create an exclusive space for LGBTQ people without interference. At the same time, showing the unique culture of LGBTQ to the city. The “Cloud Corridor” reaches the inside of the block and is transformed into a family-scale ground road network, combined with low-density housing and cultural parks, to enhance the sense of belonging of LGBTQ groups and increase the acceptance of urban residents to minority groups.

We adopt a hexagonal road network in the urban design, which has the advantage of closer, efficient and flexible connection of nodes, reducing the priority of motor vehicles, and forming a pedestrian-friendly slow-moving system. At the same time, rainwater gardens and low-lying terrain are arranged in the gaps between the hexagonal road network and the building, which can effectively collect rainwater in the rainy season, relieve the pressure of rainwater and respond to environmental changes.