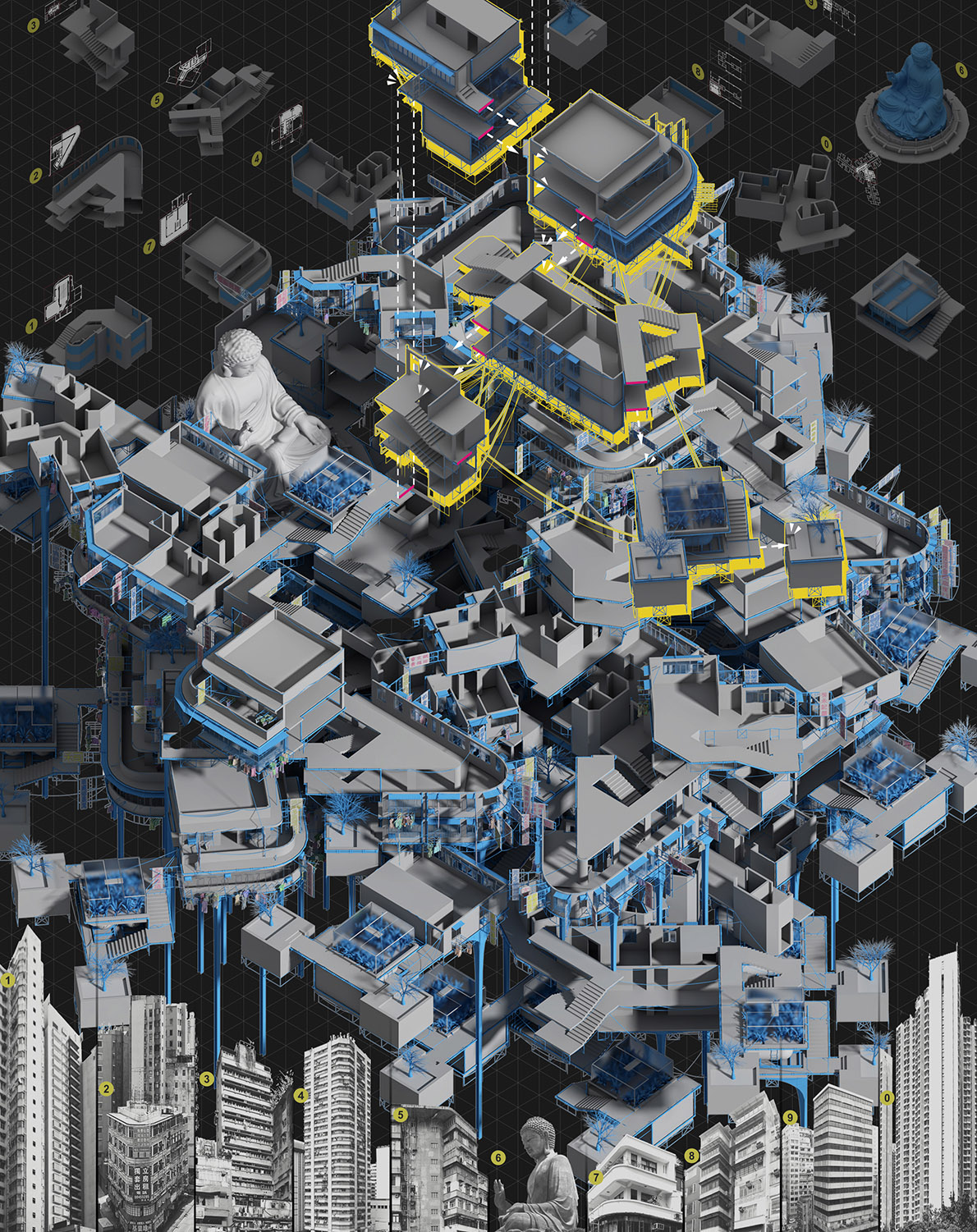 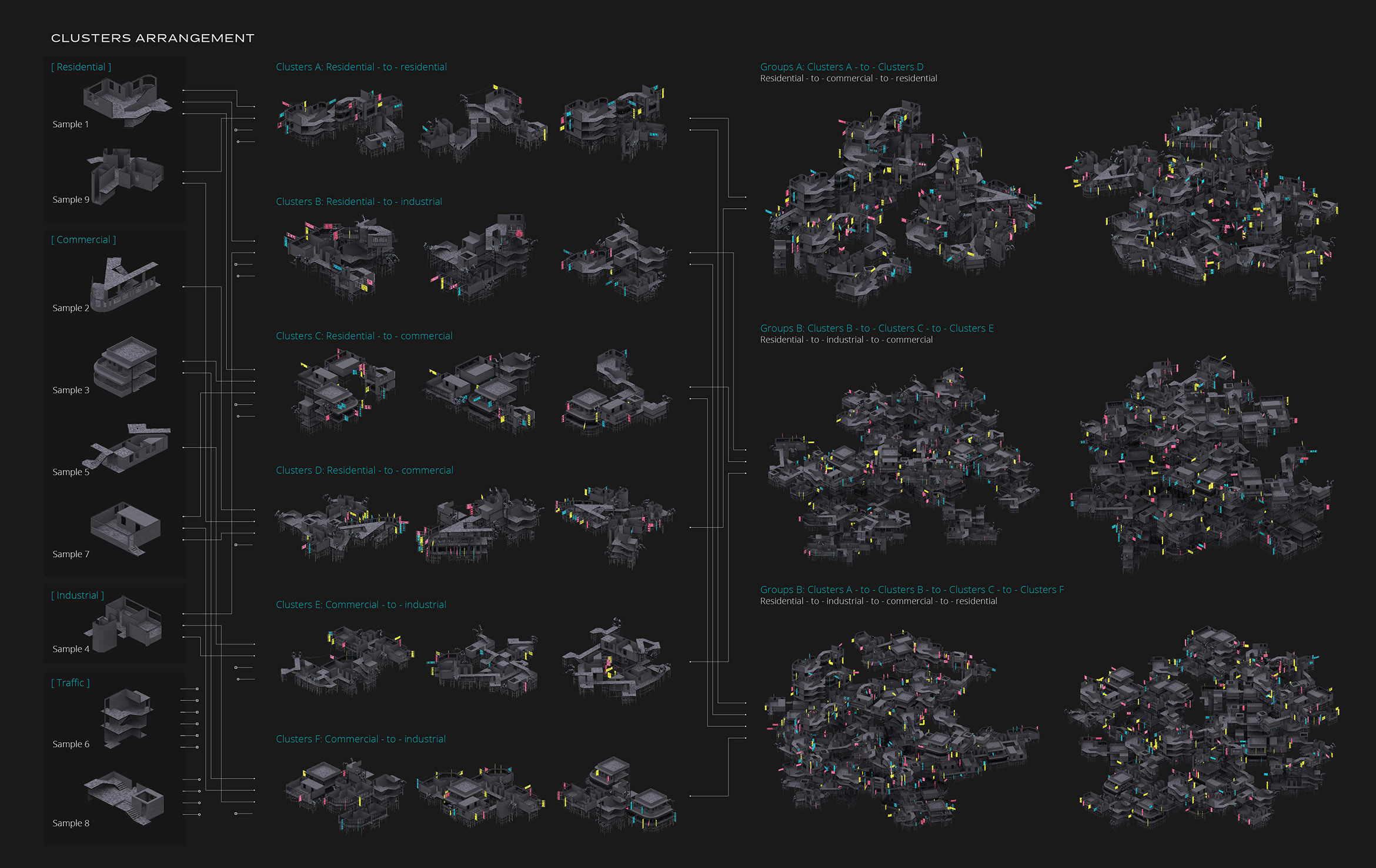 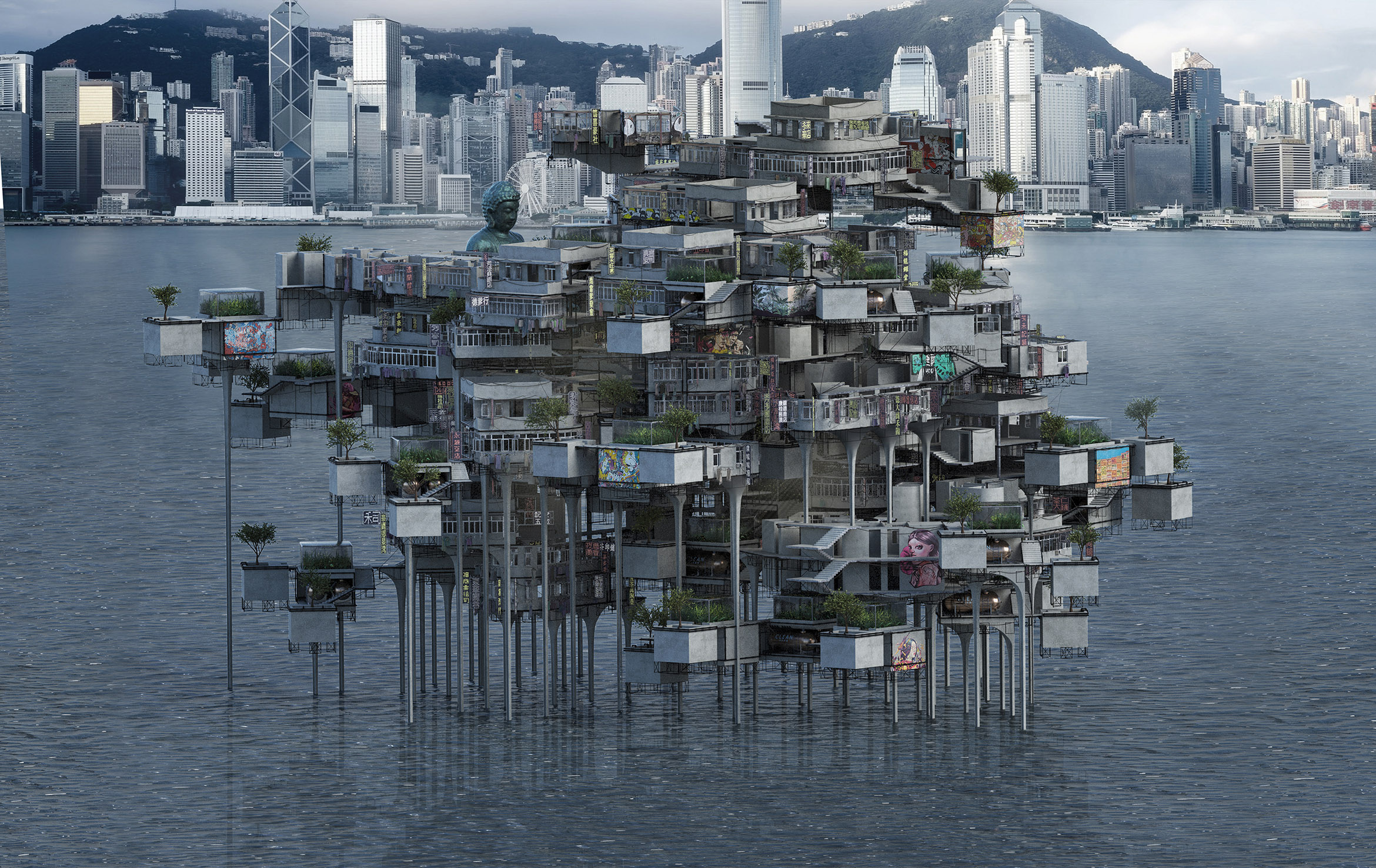 Like all complex cities, Hong Kong has been constructed on the principle of the ruling class. However, in today's housing crisis, there are still many places beyond the power of the higher class, which create many interesting spatial settlements under the self-guidance of citizens, and nourish the diverse culture. This leads to a speculative thinking, which is what spatial qualtities evolve when encapsulating the city into architectural parts, naturally building and organize their own estate independent from any third party.

As a tiny utopia city or large architecture, ENTROPISM settlement operates independently, autonomously and self-consistently. It's speculatively located between Victoria Harbour as part of the reclamation project, separated from the modern city with tall buildings on both sides of the strait.

All typological particles are derived from the deconstruction of some once-famous structures of Hong Kong in the last century, so as to create the spirit of place and the sense of belonging of Hong Kong culture. Functions include commerce, housing, industry, transportation, religion, etc., as well as additional green blocks, and agricultural and energy cycle purification blocks for sustainable and climate-friendly. And set different assembly methods for these blocks, iterating out small-scale Clusters with different emphasis. Finally, after optimization of sunshine and accessibility index, large-scale settlements with complex Mereological structures were formed.

ENTROPISM combines the fragmented pieces of urban into an endless continual city. The agglomeration has the same local conditions and endless spaces without repeated joints. The individuals retain autonomy but have strong correlation in-between, not only are separate buildings but also used as the connectors between buildings, no longer has the distinction of height and interior and exterior. In the infinite nested space, the individuals and the whole have the same meaning.

*All text symbols in the images are randomly sampled and generated without any intention or information.