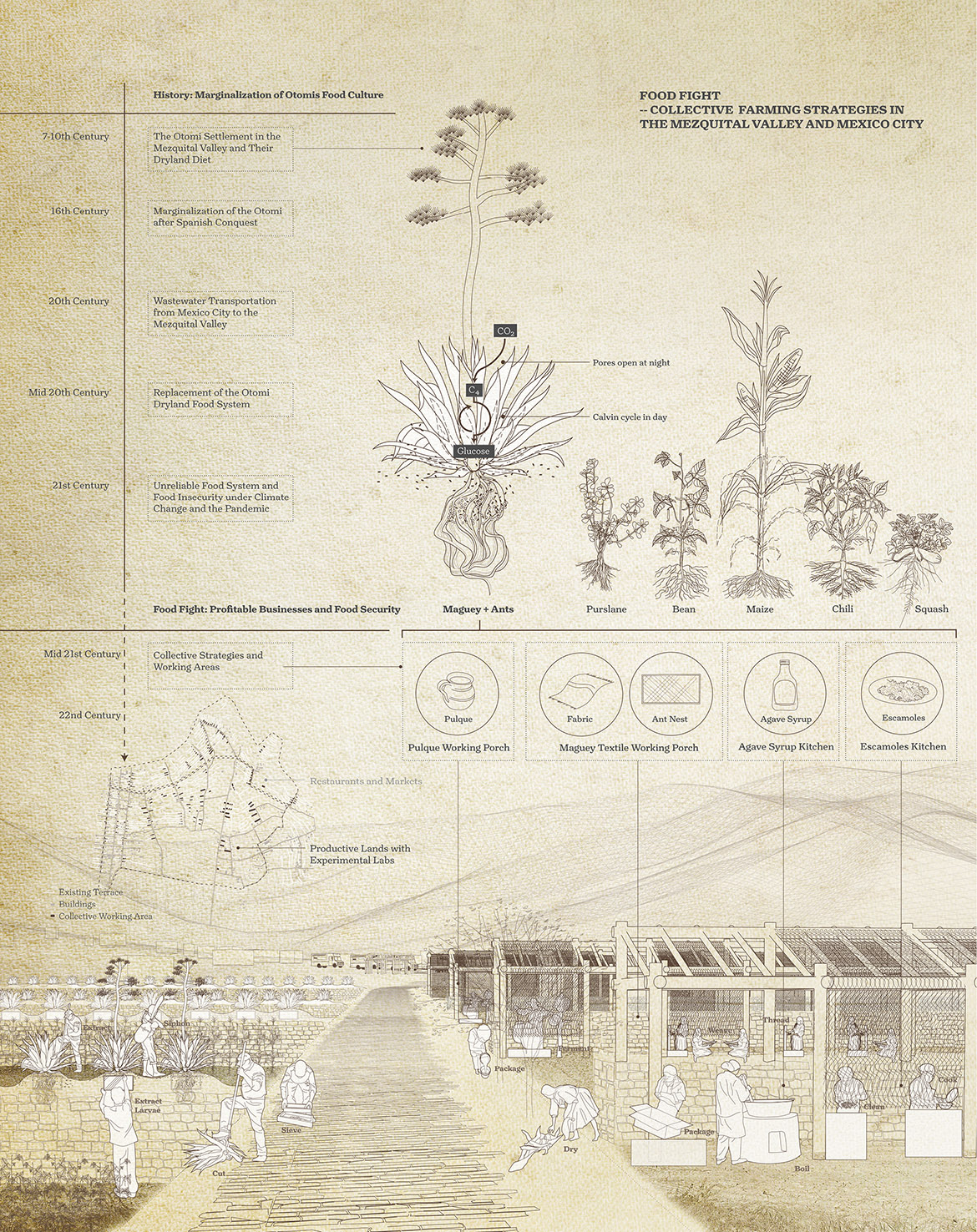 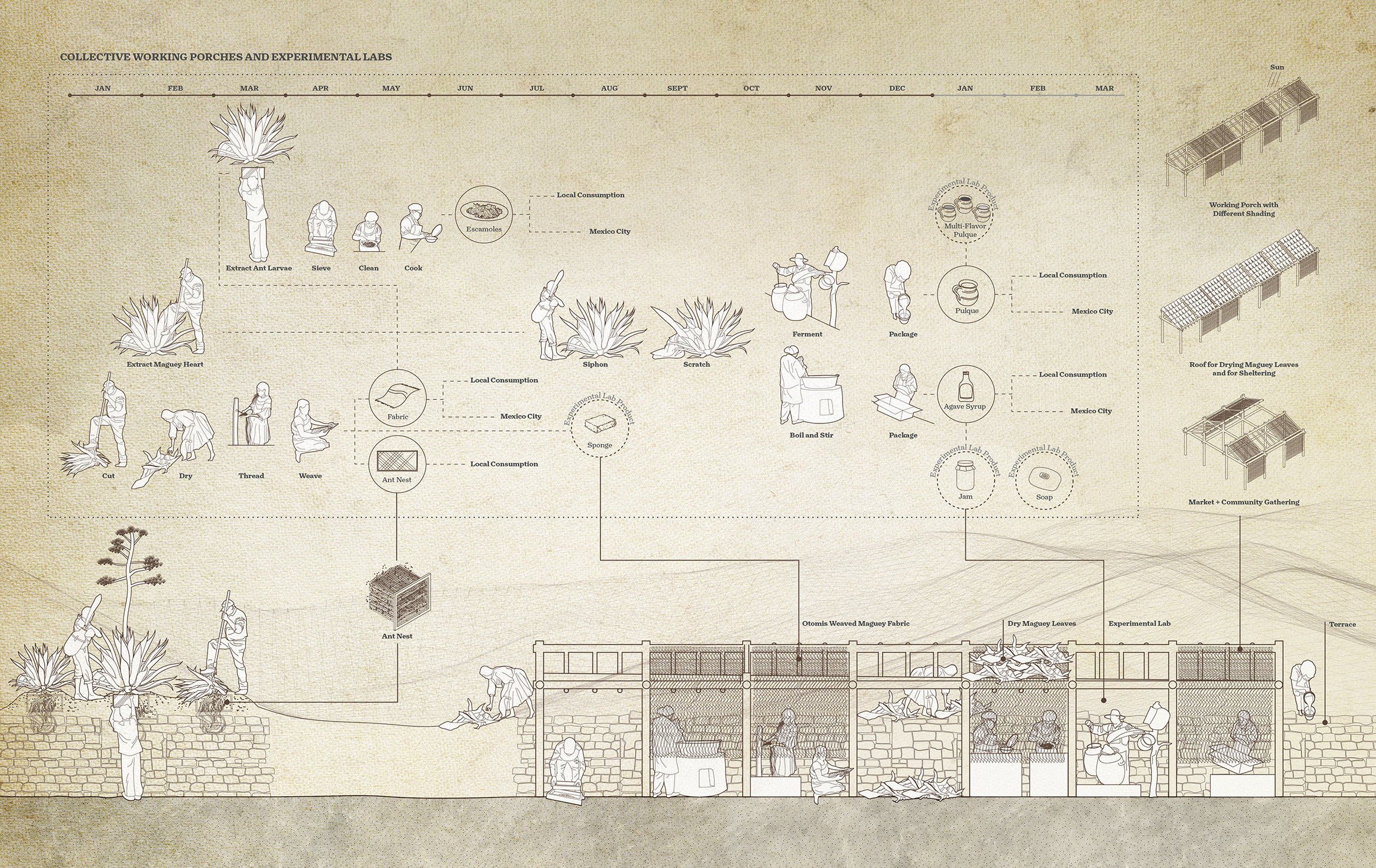 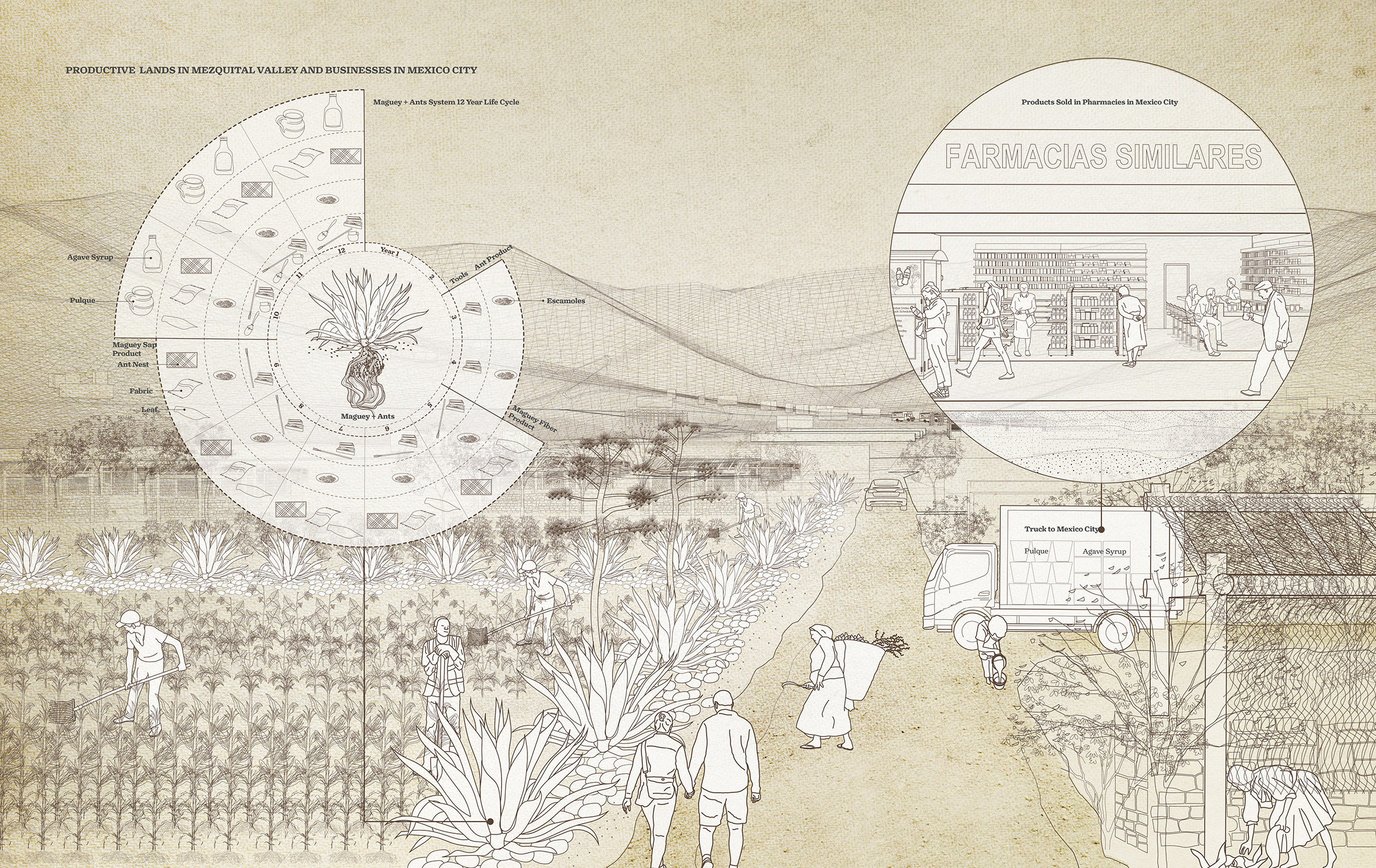 The Otomi, an indigenous population in Mexico, and their food culture have been marginalized since the Spanish colonized the valley of Mexico in the 16th Century. The Spanish relaced the Otomi-developed dryland diet with farm produce they preferred to eat, which required irrigation. In 1901, the opening of the Gran Canal between the Mezquital Valley and Mexico City transformed the arid landscape of the valley into its polar opposite: wastewater irrigated farmland. The sophisticated food system developed by the Otomi over centuries was replaced by an industrialized agriculture system that assumed an infinite supply of water and fertilizer.

However, these assumptions will not be reliable in the 21st Century under climate change and the pandemic. The infinite supply of water from Mexico City was based on an unsustainable groundwater extraction rate, resulting in a severe water crisis. The use of wastewater has contaminated the soil and set a strict time limit on the system’s sustainability. Climate change is forecasted to make this region even dryer, and the pandemic makes food supplies unreliable. All of this points to an increase in food insecurity, and under these conditions, the valley cannot afford to lose the dryland diet. Just as quickly as the food system was replaced, its cultural and functional value needs to be remembered again.

“Food Fight” intends to design profitable and collective strategies to promote a new valuation of the Otomi dryland diet in the Mezquital Valley and Mexico City. By establishing a resilient food system based on vernacular knowledge, “Food Fight” empowers the community to achieve food security and restore its food culture. In the design, collective working porches are installed onto the existing terraces in the valley’s upland. The porch structure is adjustable to different spatial configurations. As the collective working systems are introduced, including kitchens and experimental labs, these spaces are transformed into collaborative working areas, empowering the community to grow the business as a co-op.

The sustainable system utilizes the symbiotic relationship between the maguey and ants. According to the plants and ants’ life cycles, the Otomi collectively work throughout the year to make valuable products and experiment with new products, which will be sold in pharmacies in Mexico City as recommended substitutions to medications. The pharmacies serve as embassies to reconnect with the Otomi’s food culture.