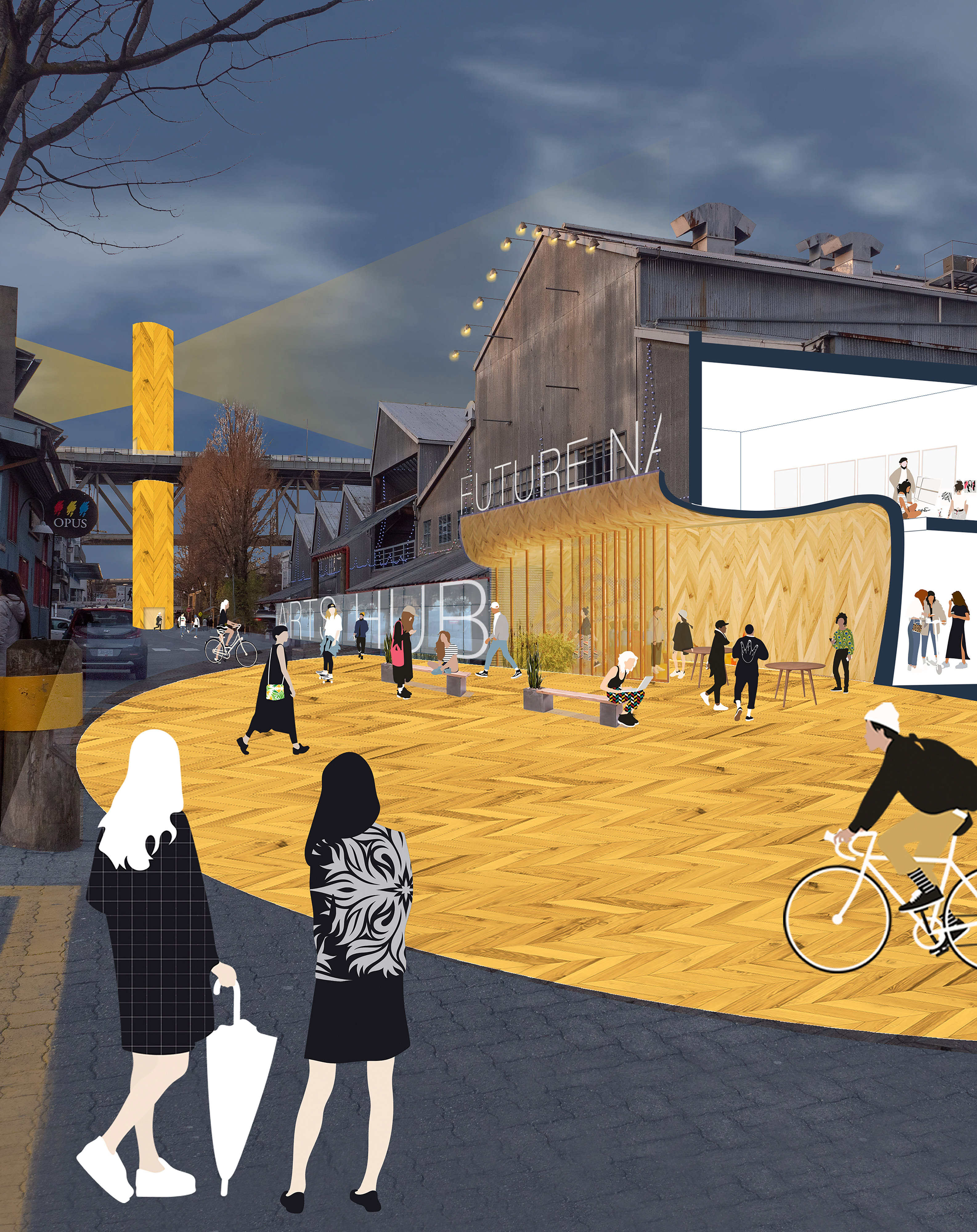 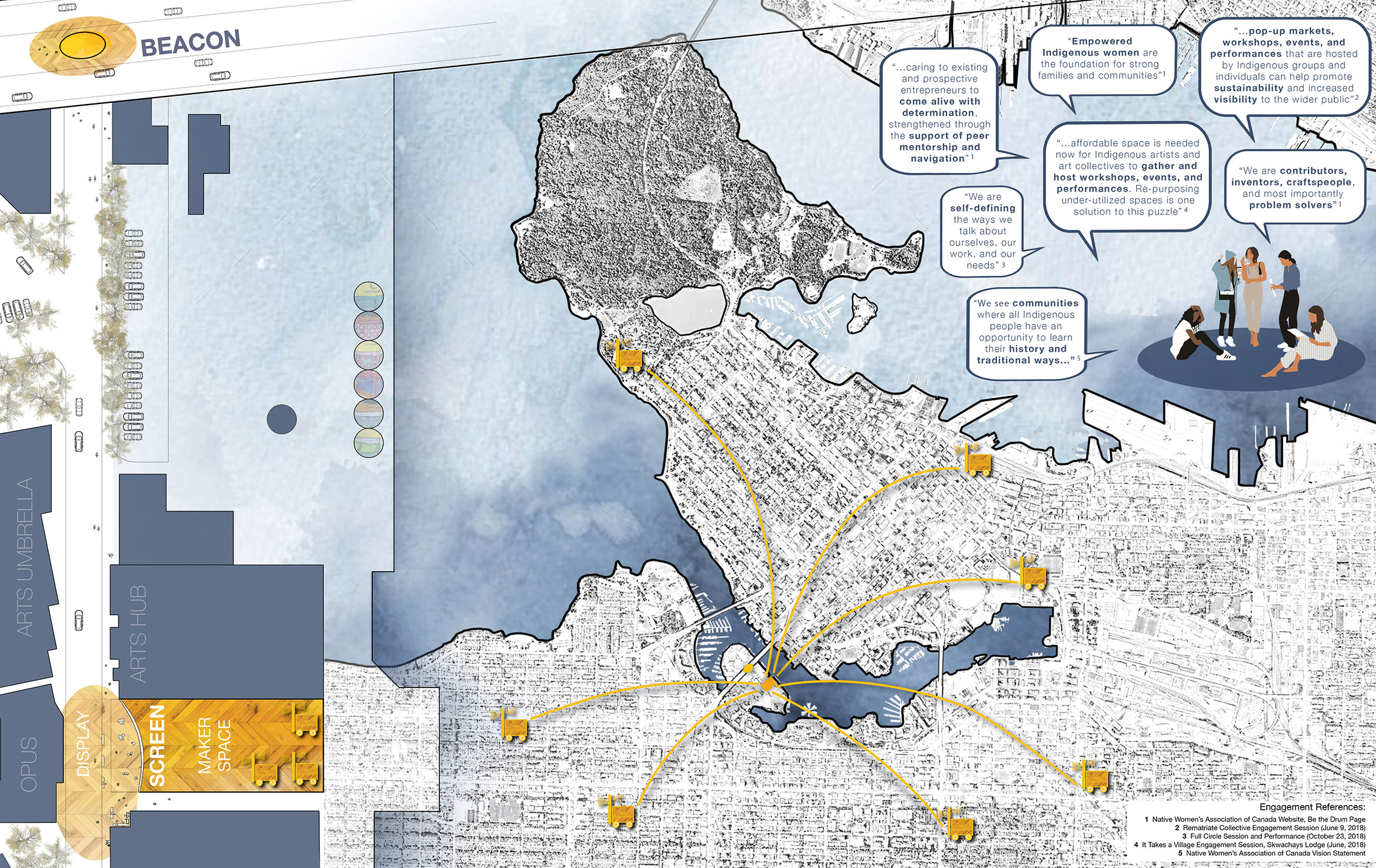 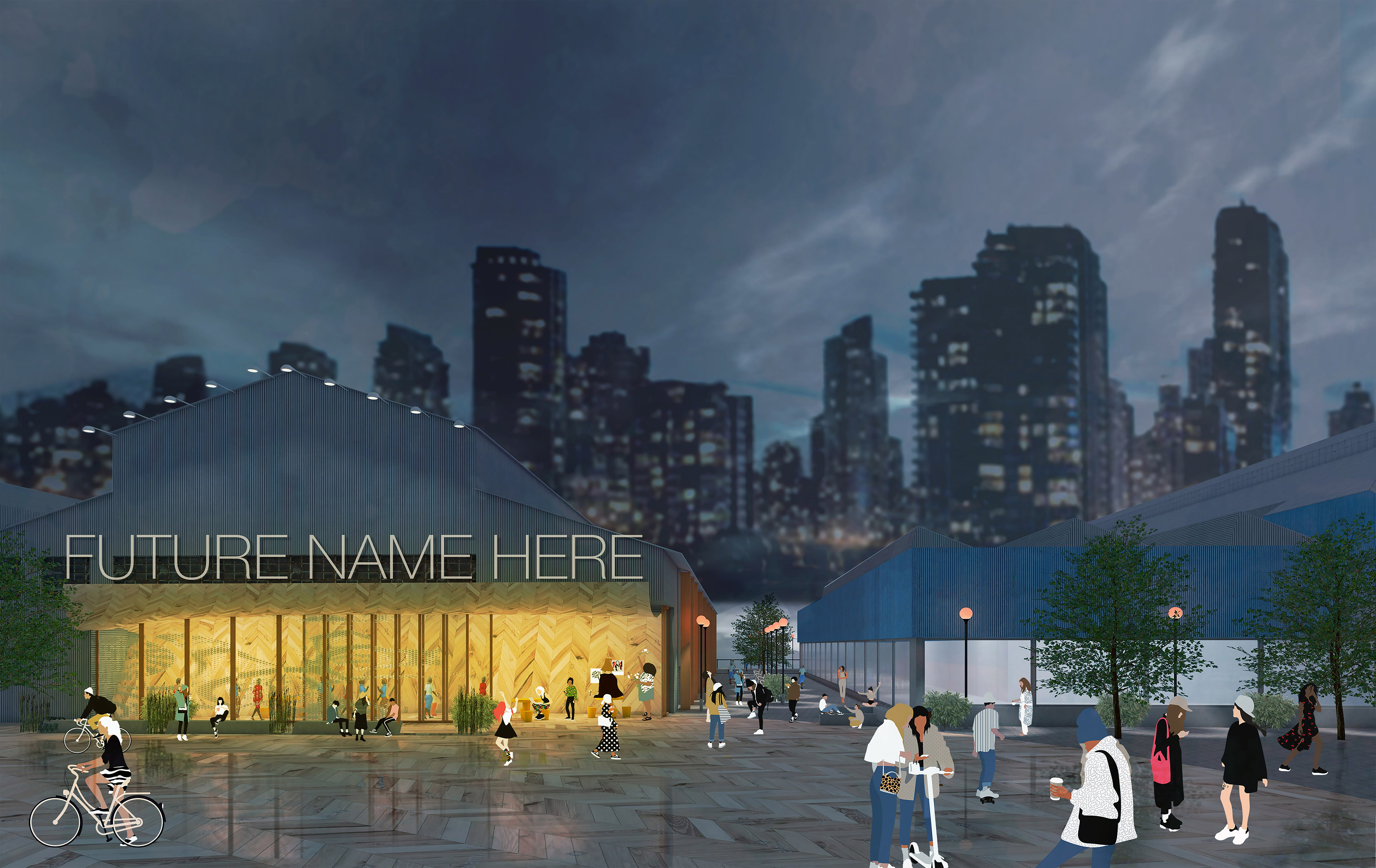 Our proposal seeks to support the many powerful and creative urban indigenous women entrepreneurs who are chronically underrepresented in discussions on Indigenous business development. Similar to the project title, rather than develop a specific building, we sought to develop a design strategy that could be implemented by these women to create a maker/office space to support their creative and commercial aspirations. This includes a "kit of parts" that can be configured a multitude of ways. As such, our design is merely the beginning of a conversation, rather than a finished product.

We have envisioned a central hub that serves as a base of operations, with small pop-up shops woven into the fabric of the City. The structures are composed of two primary elements: a patterned screen and a "beacon". These highly recognizable elements are intended to create an easily identifiable “brand”, so that the pop-up shops stand out in their respective locations, creating built-in advertising for the entrepreneurs throughout the City.

We chose Granville Island, a busy commercial area adjacent to downtown Vancouver, as the primary site for our proposal. The office/maker space reclaims space in the recently vacated Emily Carr Arts School, while the beacon attaches itself to a proposed elevator/stair core that brings people from the Granville Bridge above to Granville Island below. The axis created by the placing of the beacon and maker space draws pedestrians through the site and ties into the CMHC "Granville Island 2040" planning and vision report intended to activate a previously under-utilized area of Granville Island.

The design consists of two primary elements: A patterned screen and a “beacon”.

The screen acts as an element of transformation from the private spaces to the public spaces. The pattern shown in the visuals is a placeholder: our intent is to have the final pattern be developed by a local artist. The form of the screen creates a welcoming gesture to visitors and inhabitants as it flows from the building into a circular plaza, visible from the bridge above.

The beacon is intended to be a celebratory emblem to highlight the work indigenous artists and entrepreneurs.

The program consists of display space, maker space and office space. These spaces are intended to be free-form in nature to foster an internal community and create natural opportunities for mentorship and inter-generational learning.

The display space provides support for sales, performances, education and to recognize the talents of the creators inside. It is enclosed by operable window walls to allow for open air circulation to mitigate COVID concerns.