Housing is a Human Right Even for Brad 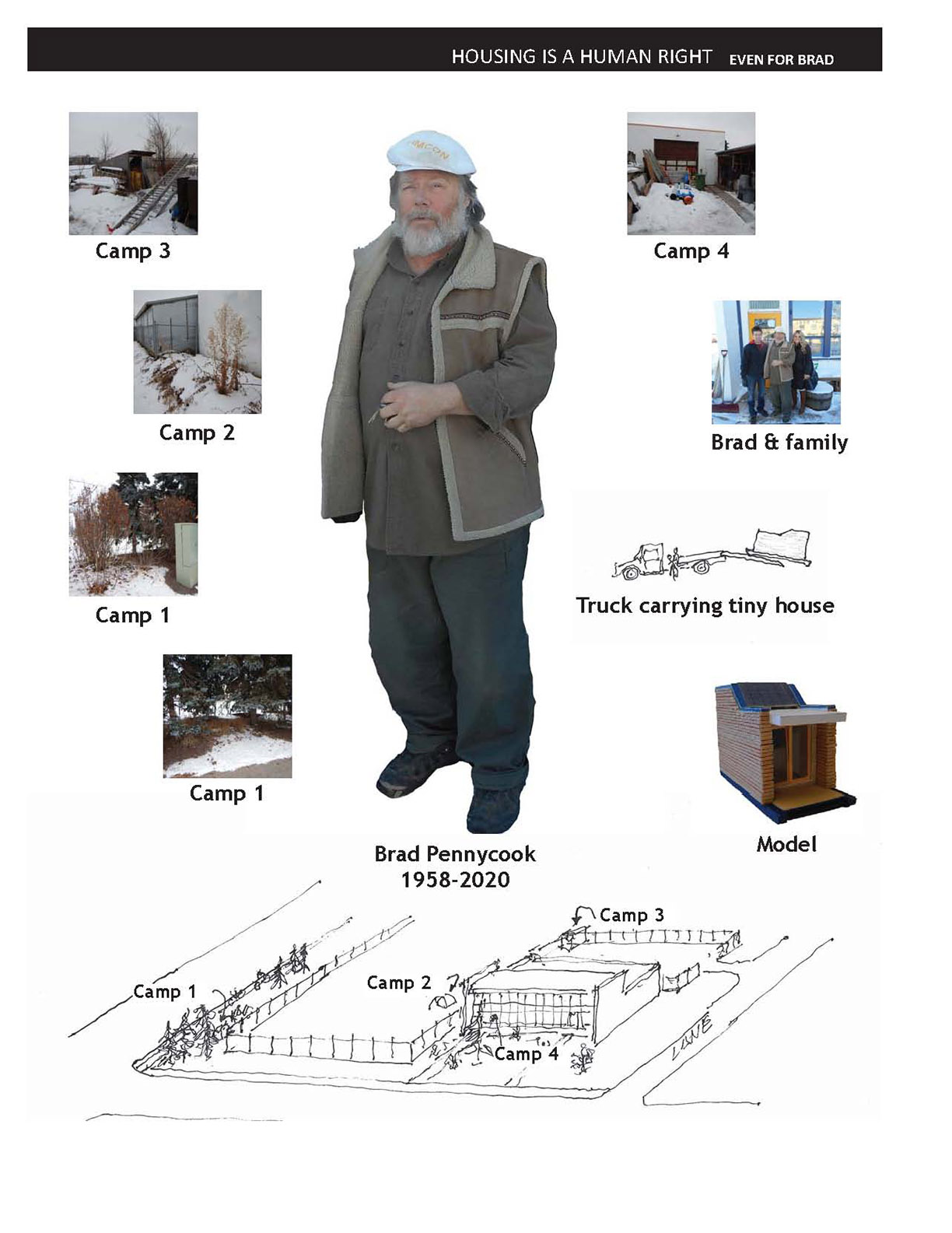 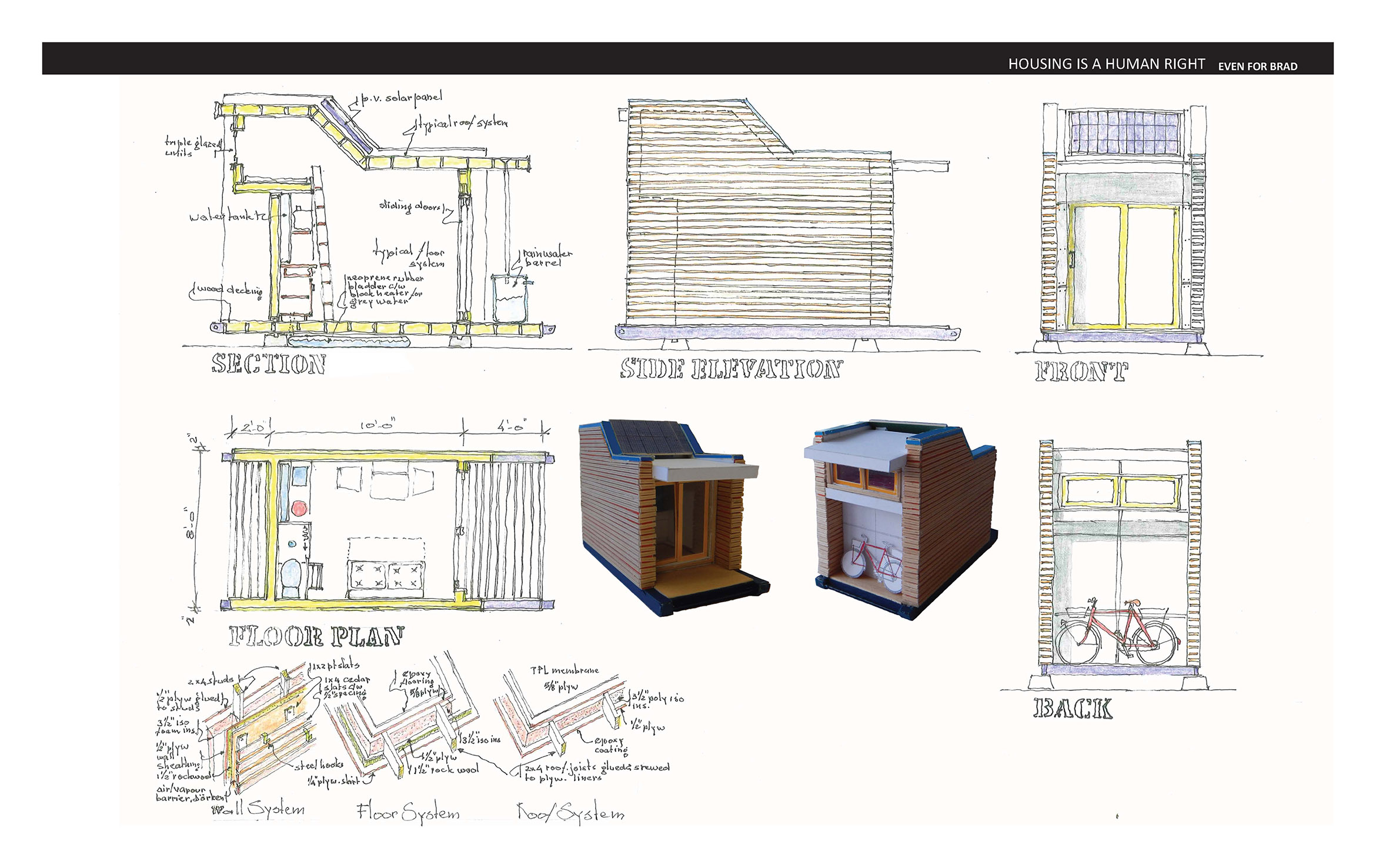 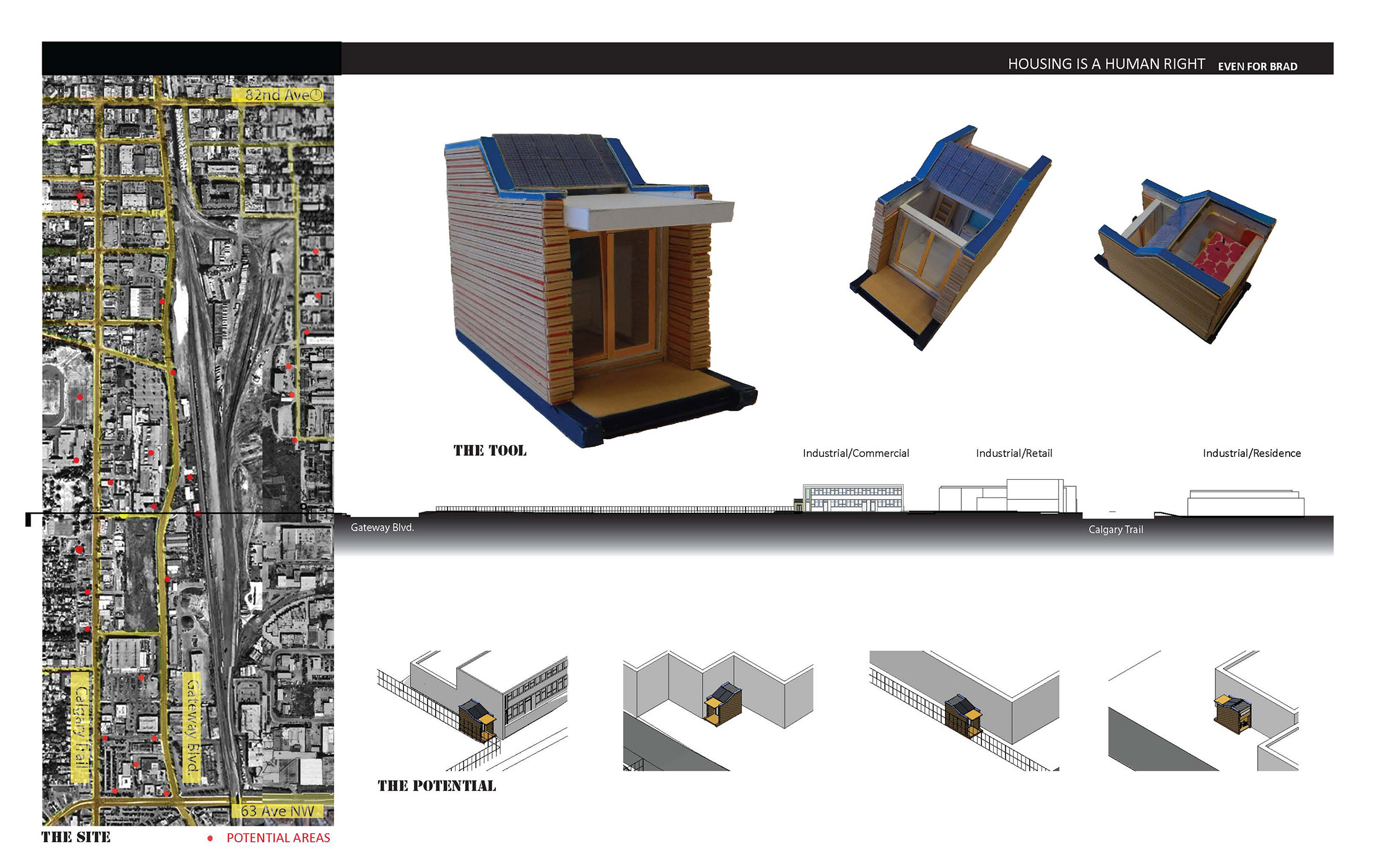 About 20 years ago, I stumbled across a homeless person near our office.  This person was Bradley Pennycook.  Bradley would camp in the bushes along a very busy connector route.  I always said hello to him when I was cycling by in the summer, with no reply.  Slowly he warmed up a little and said “Hi” and more after a little while.  Then I lost touch with him for a few months but met him again while sticking his head out of a dumpster looking for recyclable stuff and food.  His head was full of cuts and bruises.  I asked “where have you been”, he replied that he had been kicked out of his camp by two bullies (also homeless people).  I asked him; “why don’t you move into the backyard of our office/warehouse building.”

He told me he would think about it.  A week later he had placed his old pup tent on the wrong side of our fence.   Unfortunately due to spring runoff, he was flooded.  To make life easier for him we built him a raised platform on the right side of the fence.  The carpenters from one of our tenants built him a small shelter with left over material.

Unfortunately his health started to fail.  I asked him if he needed to see a doctor. He quickly said No!  We were designing a medical clinic at the time and asked our client if she could see him.  He had no identification and was afraid that he would have to pay for his visit.  He agreed to go only he if had clean underwear.  We managed to help him out with that and off to the doctor he went.  He was in such a bad way that she phoned for an ambulance to take him in for emergency surgery.  We got a call nine days later that we could pick him up, which was a problem for a guy who was sleeping in an OSB shelter.  Social Services were notified and they put him in hotel.  A few days later he was back in his shelter.

The construction company was not using their office space and offered him to stay in the space and several years later he was still there.  Unfortunately last spring his health went downhill very quickly. He went to the hospital and three days later he died of kidney failure.  We always had in mind to build for him a better shelter.  We were able to contact a nephew and niece a few years ago and he did manage some nice contact time with them when they visited from Winnipeg.

The above story explains how important contact and minimal housing is.  There are hundreds of small industrial sites close to the core of older neighbourhoods.  When each owner would do the same as us the housing issue of homeless people could be decreased a little.  Our proposal is that a small nearly self contained house should be able to kick a small dent in this unnecessary problem.  The little house of 80 square feet complete with an electric heater, compost toilet, wind turbine and a PV panel could be called home.  Brad became a security person for our site and a friend for all of us.  We will all miss him and dedicate our proposal to his memory.  Our clients are individuals like Brad, land owners who are sympathetic to resolving the housing issues and support from the public at large.