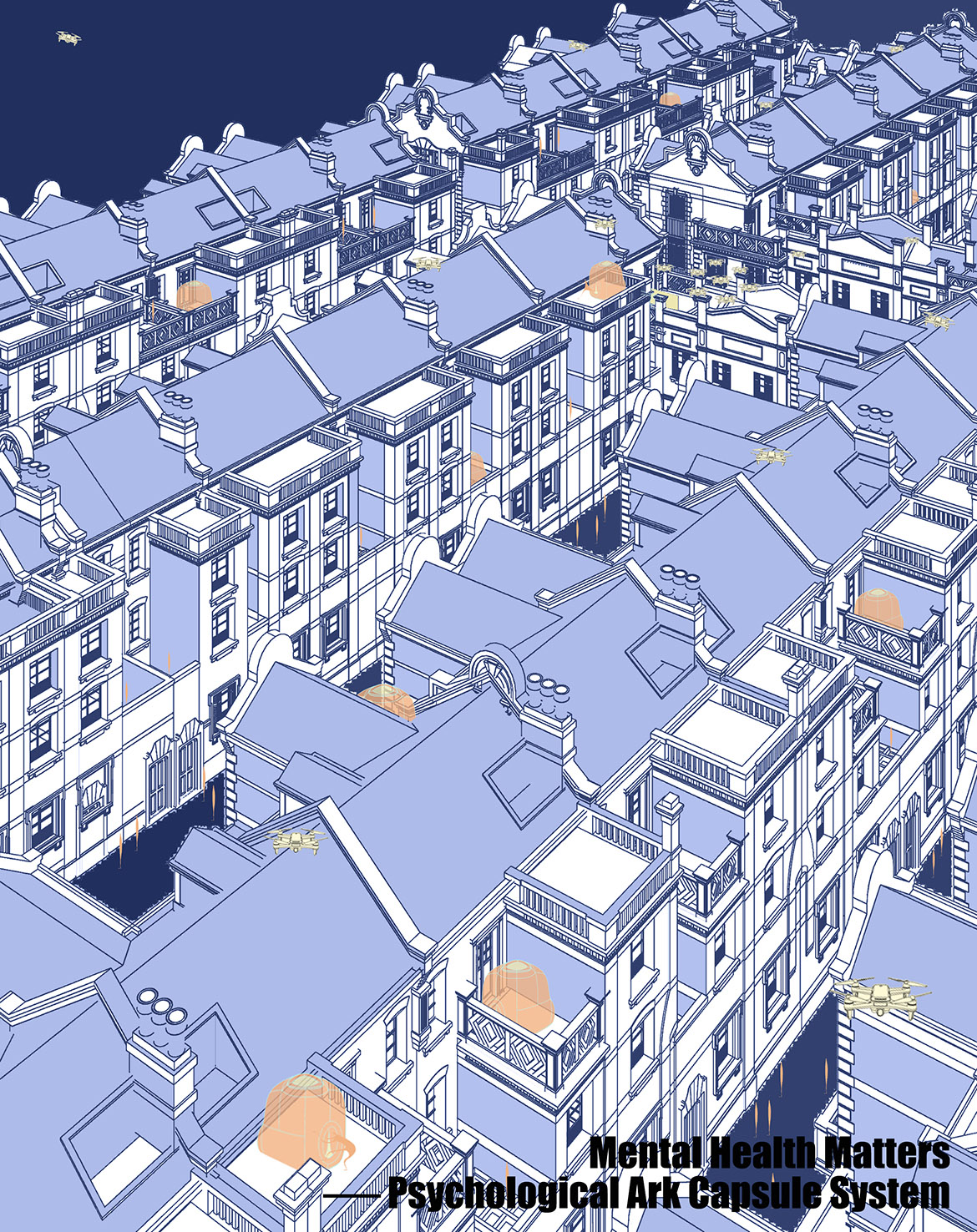 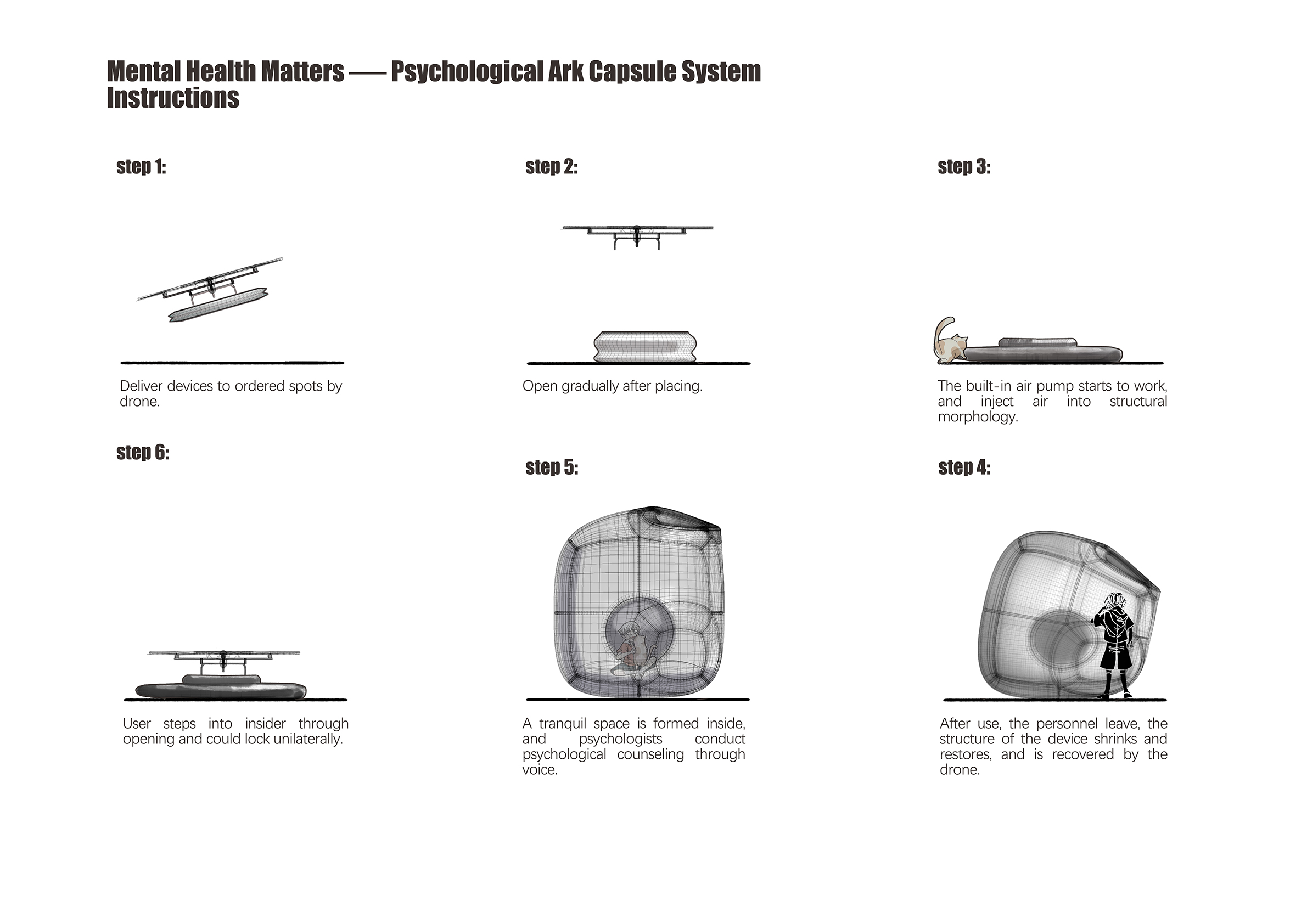 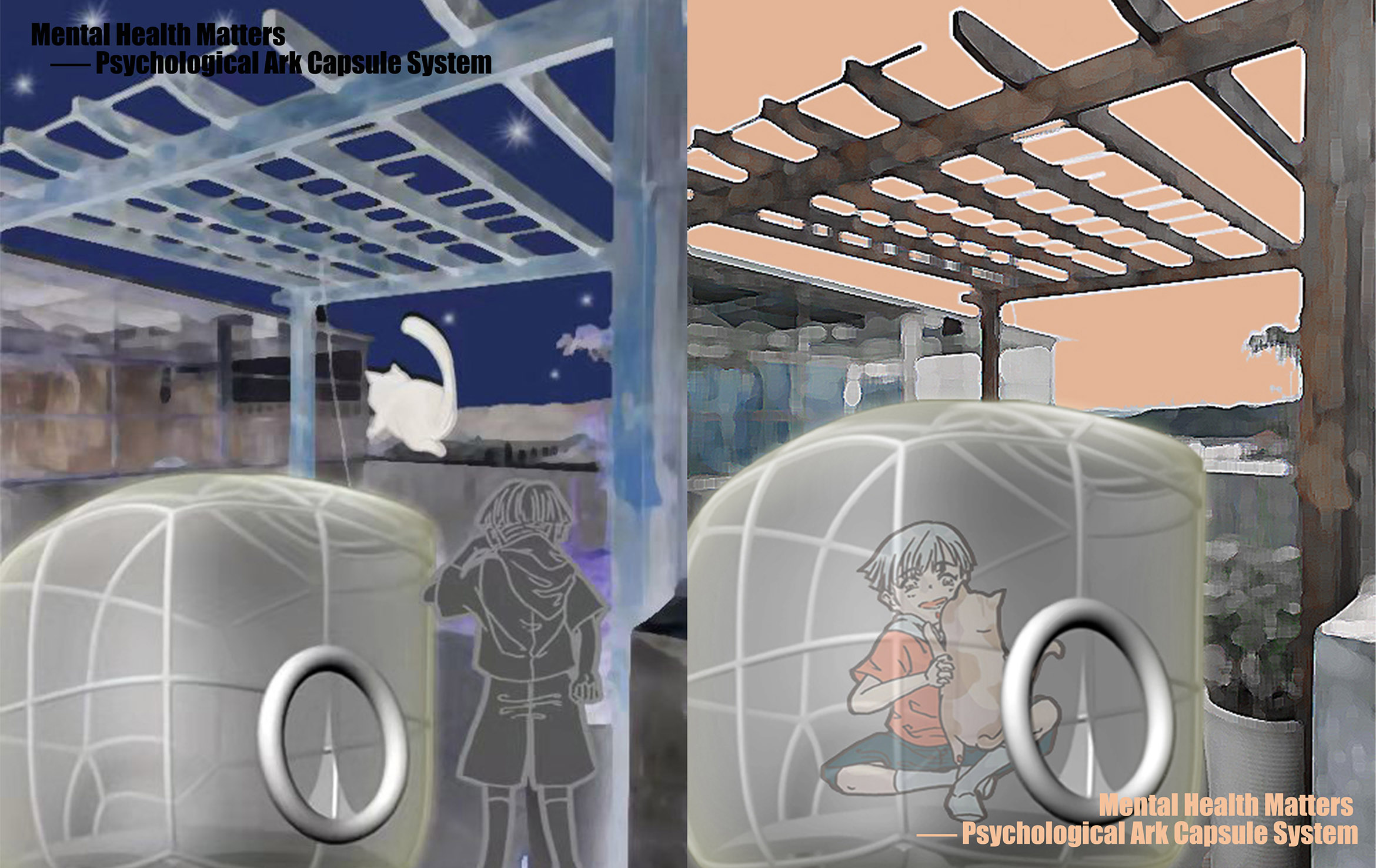 The Psychological Ark Capsule System is proposed to build up a plug-in psychological supporting system constructed by a serious of portable mental assistance installations to support demanders in any city with strong regulatory system, which is a guarantee of psychological consulting demanders’ safety, through an urban micro intervention method. The project used Shi Ku Men, a block in Shanghai, a city with identified soundest infrastructure system in China, as an example.

In modern city, human beings are surrounded by constant anxiety. It is ubiquitous to facing the risk of psychological trauma from the existing word; for instance, domestic violence, school bullying, sexual harassment, etc. However, we generally tend to focus on the changes of social relationship after psychosocial trauma instead of the special space need of psychological consulting demanders.

The strategy of this project is offering a serious of safe and comfortable sanctuary capsules constructed by portable and convenient structure for psychological consulting demanders. The sanctuary capsule is built by reconfigurable double layer pneumatic inflatable structure that able to set up an enclosed place everywhere quickly; and, the built-in phonetic system and safety system equipped the capsule to be a temporary psychotically consultation room that psychological consultants would support demanders through via the phonetic system. Meanwhile, the demanders could ask for help through mobile APP. While demanders ask for help through the APP system, the unopened capsules are packaged in a small size that can be delivered through drones and open automatically when it arrived at the indicating spot marked by the demander through mobile map. According to its quickly built and disassembled characteristic, this portable psychological consulting room system can be promoted and popularized in different cities.