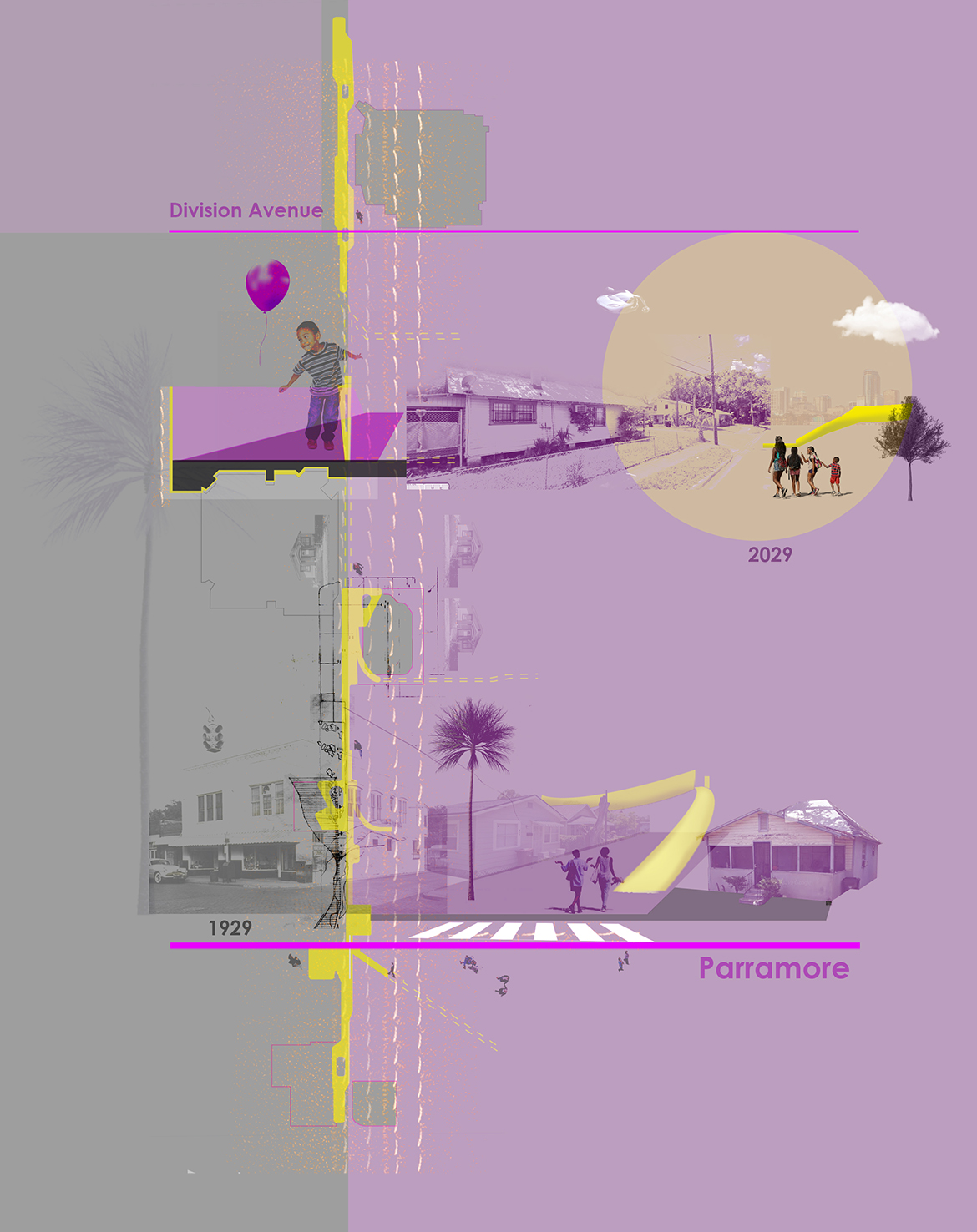 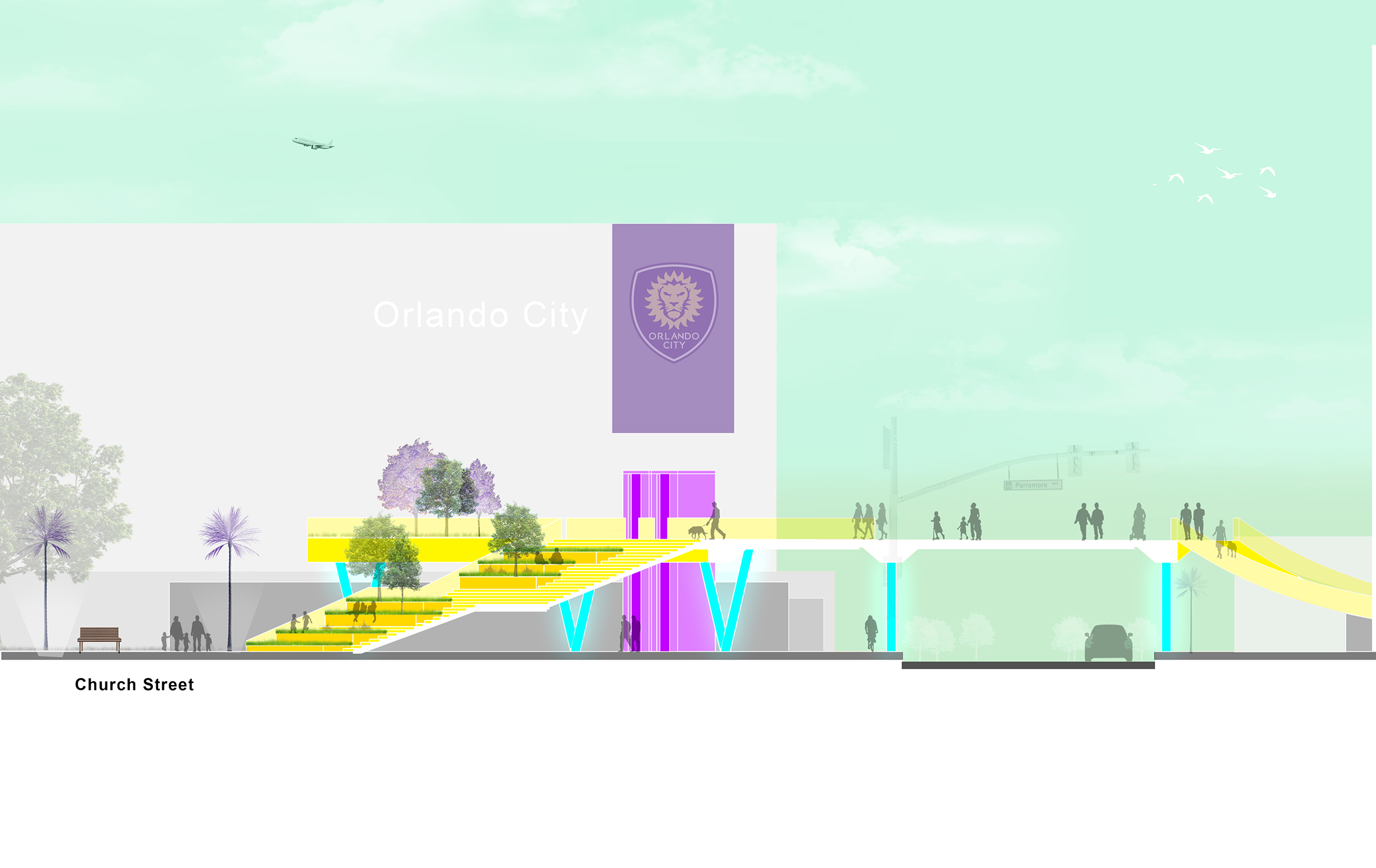 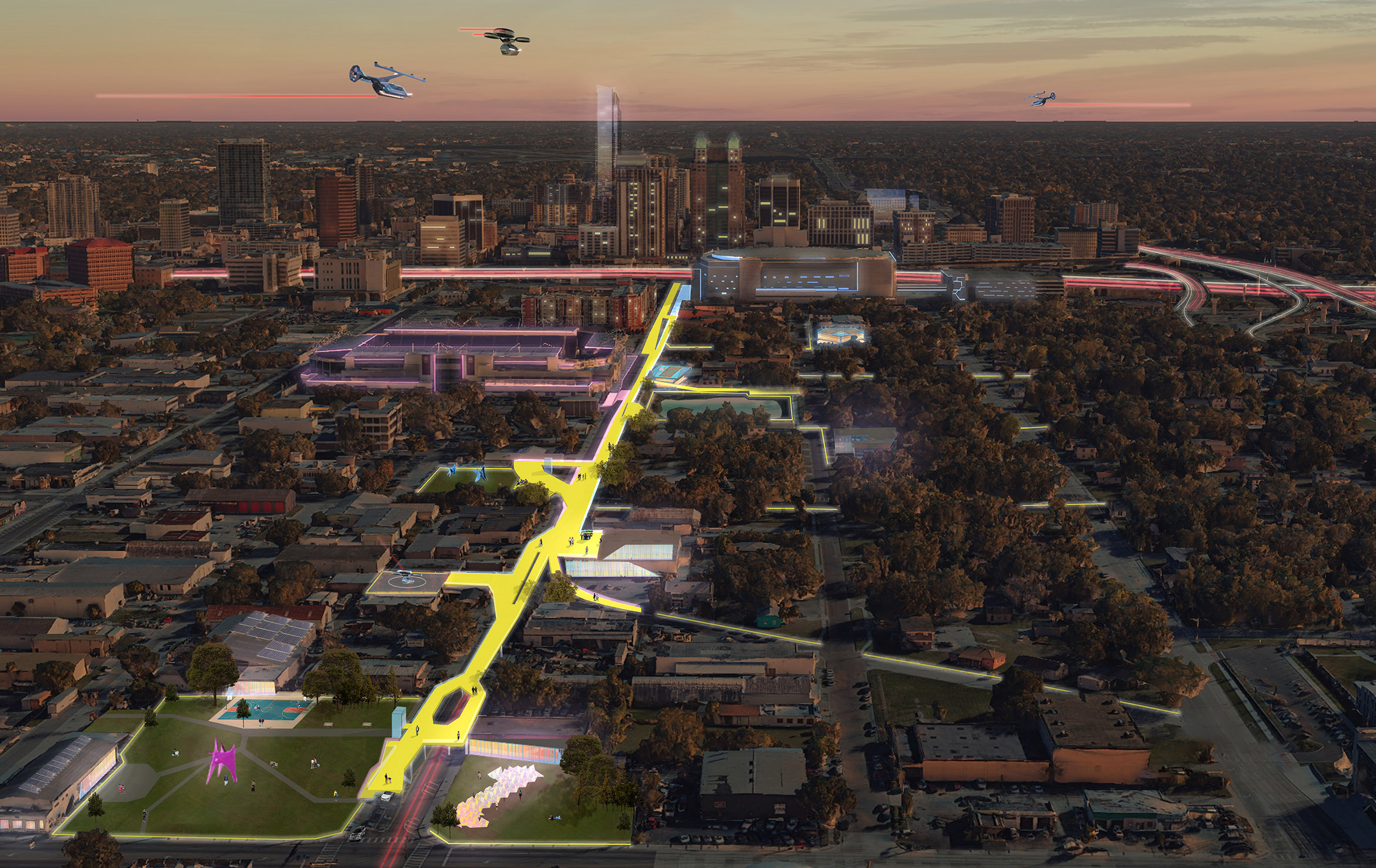 Within the cliche phrase, “the wrong side of the tracks” underlies an unfortunate truth where historically, many cities used physical and geographic barriers to reinforce racist beliefs. The effects of segregation rippled down into today’s urban landscape leaving indentations that continue to divide and oppress neighborhoods. This has economic, political, and social repercussions that influenced our site in downtown Orlando, Florida. On the Eastside of the brazen and deliberately named Division Avenue, lies a wealthier neighborhood where 70% of the demographic represents white Americans. Named Thornton Park, the neighborhood benefits from high-end restaurants, bars, tourism, and well-lit streets for pedestrian safety. In contrast, the neighborhood Parramore on the Westside represents a 76% black demographic, where unemployment has been as high as 23%. Parramore is a neighborhood that has been greatly impacted by segregation, and despite the city putting their efforts to “revitalize” the community, the neighborhood has not reaped the benefits. The tear in the Urban fabric is widened further apart due to a noisy railroad, and a monsterous I-4 highway that runs from North to South.

Our proposal restitches the fabric of Parramore to unify and provide equity to the community. Our aim is to do this in a way that prevents gentrification and benefits the current residents the most. Similar to the effects of a stitching needle, the project punctures north of the neighborhood to weave together the economic, and social benefits of Orlando’s tourism and provide safe pedestrian traffic to the underserved community. The design provides ample space in contrast to the narrow sidewalks, to ensure social distancing and offers unique views of the city. Along the walkways are strategic points of entry to encourage residents to easily enter, and connect them to important intersections or destinations. This will help both communities, Parramore and Thornton Park, with entertainment, job growth, and transportation. Highlighting local shops owned by residents was important to truly celebrate the culture of the community, and support the residents. Towards the center of the project, the angular roof takes advantage of the harsh Floridian sunlight with its placement of solar panels, that provide clean energy to Parramore. Directly, the project will not fix all of the problems of racial inequality, instead, it seeks to support and highlight the best qualities of the neighborhood and stimulate economic growth, a sense of identity and importance, to offer equal opportunities to the members of the Parramore.