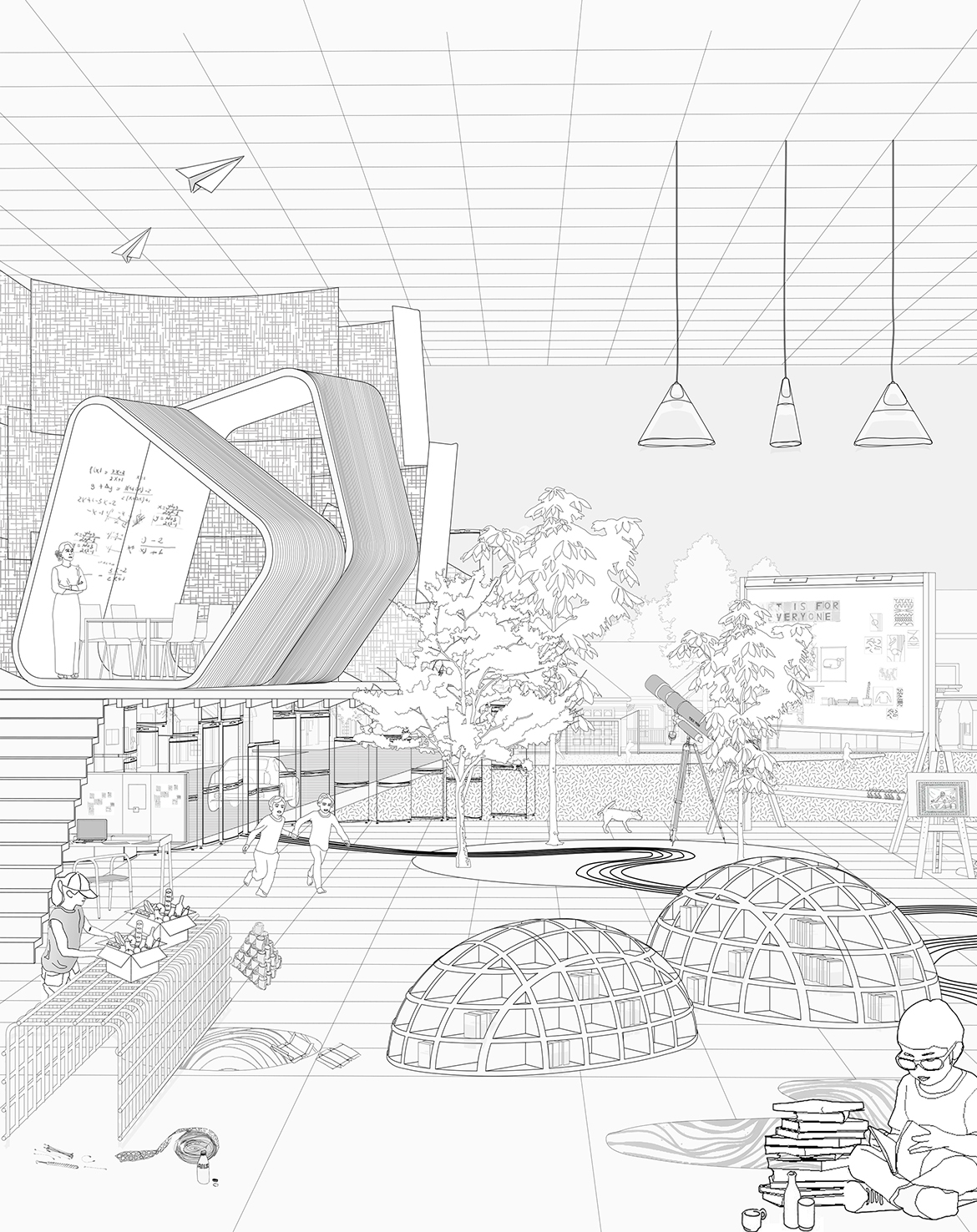 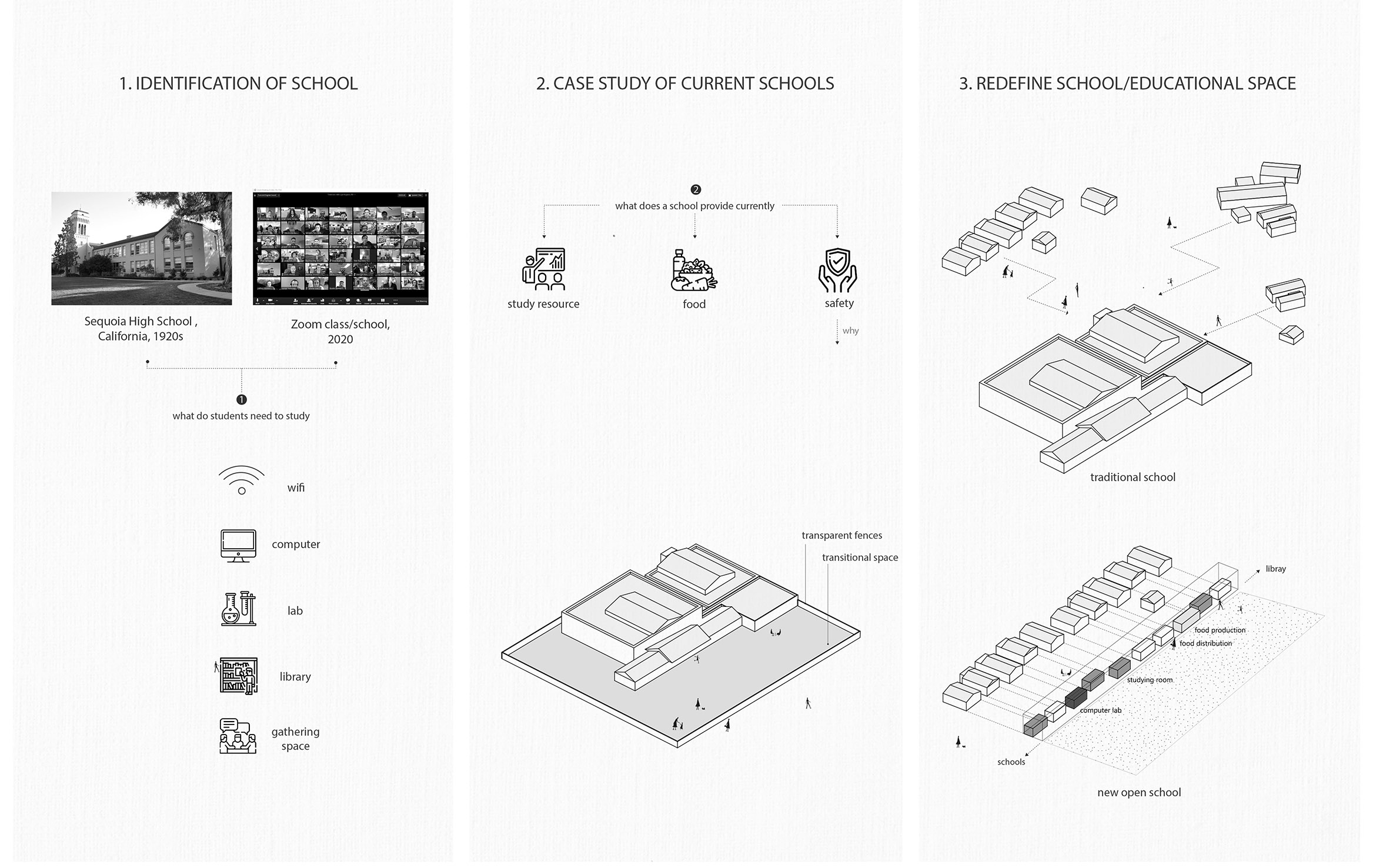 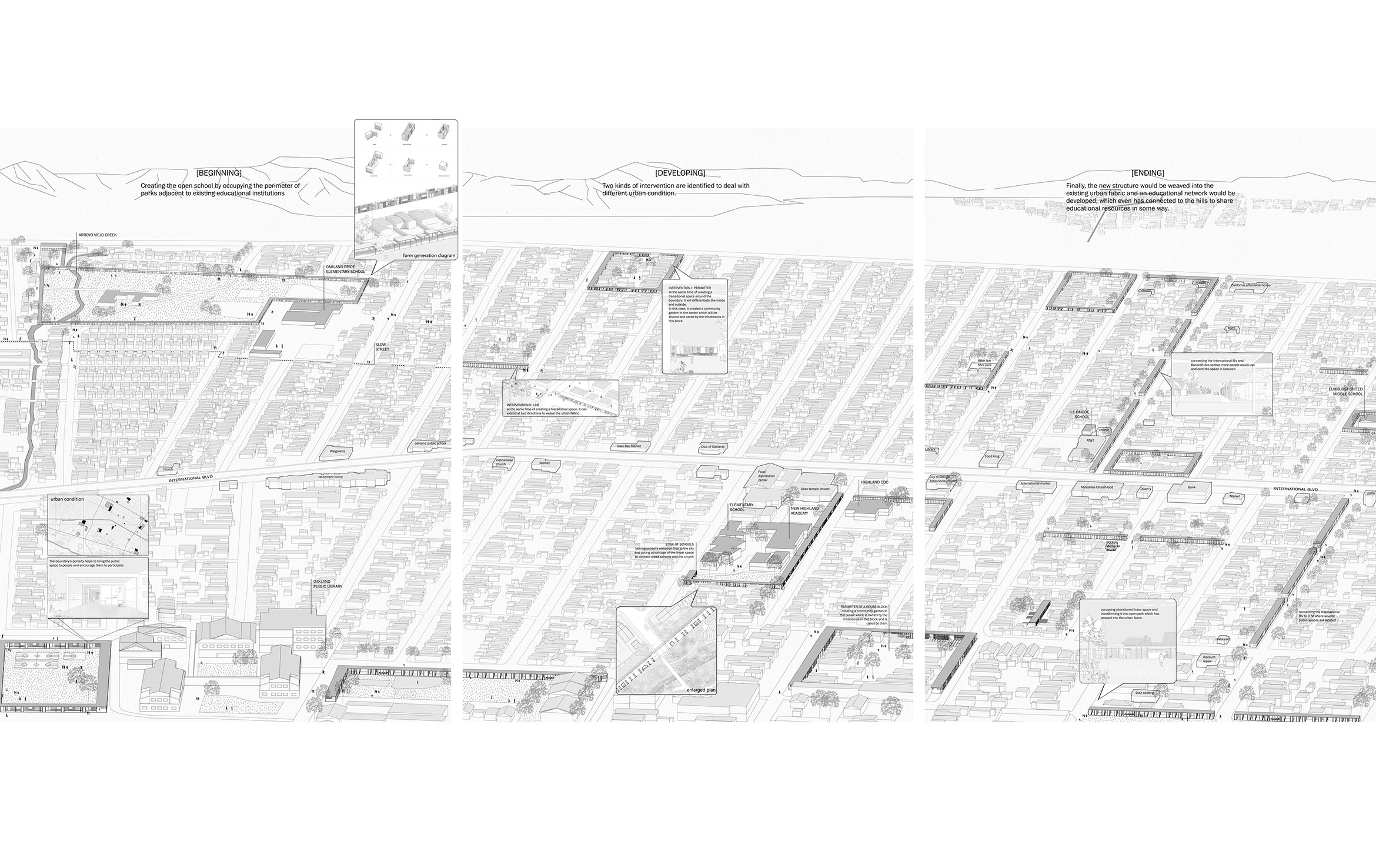 This project focuses on the educational condition in Oakland, California, USA.

Oakland is a divided city. People in the flatland, unlike their neighbors in the hills, have no access to enough fresh food, educational resource, even safety. And the COVID-19 intensified the social inequality. In this case, schools in the flatland act as a shelter to kids in need by providing free food, learning resources and play field. More importantly, there are less criminals in schools’ surrounding area (from crime map). However, the environment is quite poor. Most classrooms are so crowded that would impact children’s wellness during the pandemic. So I’m wondering, is it possible to improve the learning space while to push forward the concept of “school as shelter”?

My proposal is to redefine schools. Today students don’t need to go to a specific physical space to study thanks to Zoom class. Only if they have access to Wi-fi, computer, library and gathering space, education could happen. Another thing is that just because of schools’ transparent fences and their frequently held activities outdoors, the front yard has become a transitional space which allows the outer public space being watched, as a result, being safer. Above all, unlike the traditional schools, the new open school I proposed is to explode schools’ program into small units including learning room, computer lab, food production and distribution, etc., then to position these units close to students’ houses, and finally cover them with a roof structure. In this case, since it acts as a linear structure (with 20’ wide) and the units are separated from each other, this new system could not only provide more flexible learning space with social distancing but also utilize small urban spaces which are not fully developed. Eventually, it could become a threshold between private houses and public parks or streets, which could encourage people to participate public activities and intensify the safety just like the old schools.

This system could grow like a rhizome. At the beginning, it might be constructed close to existing educational institutions, but gradually, it could be duplicated to deal with different urban conditions, such as connecting separate schools or occupying a house block’s perimeter to improve the community cohesion without being a fortress because of the structure’s transparency. Perhaps it would spread to the hills finally so that the educational resources could be shared and the city be sutured.