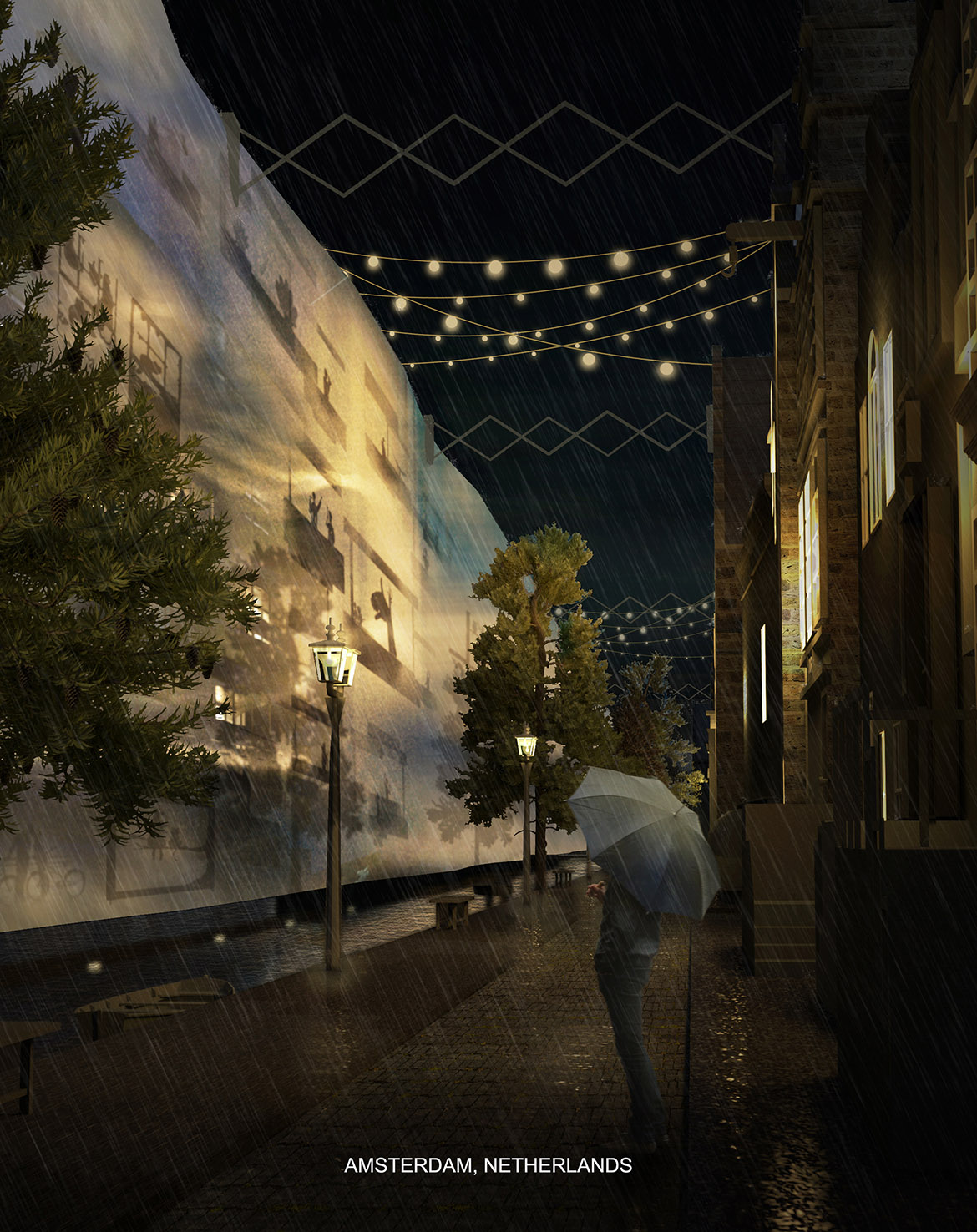 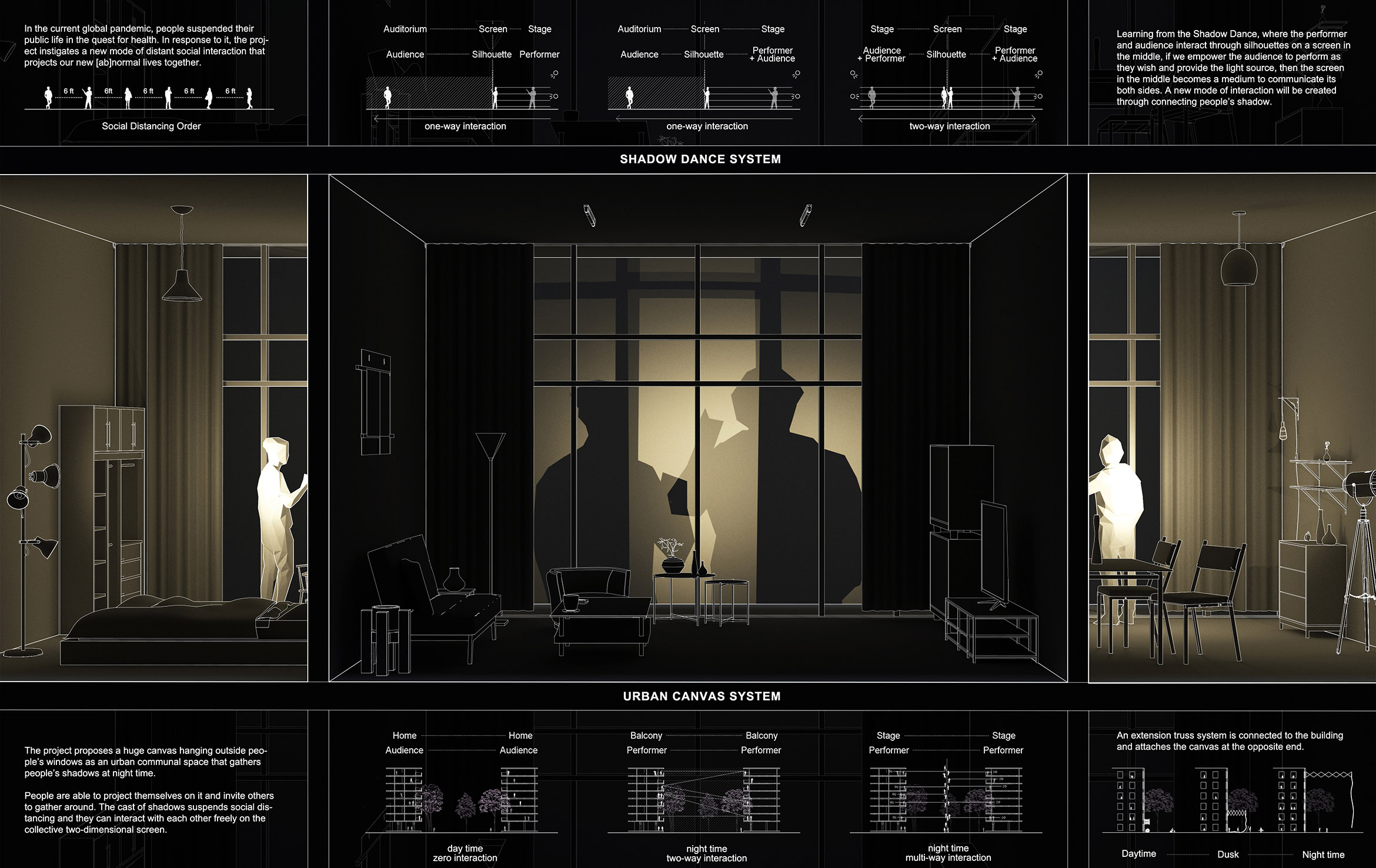 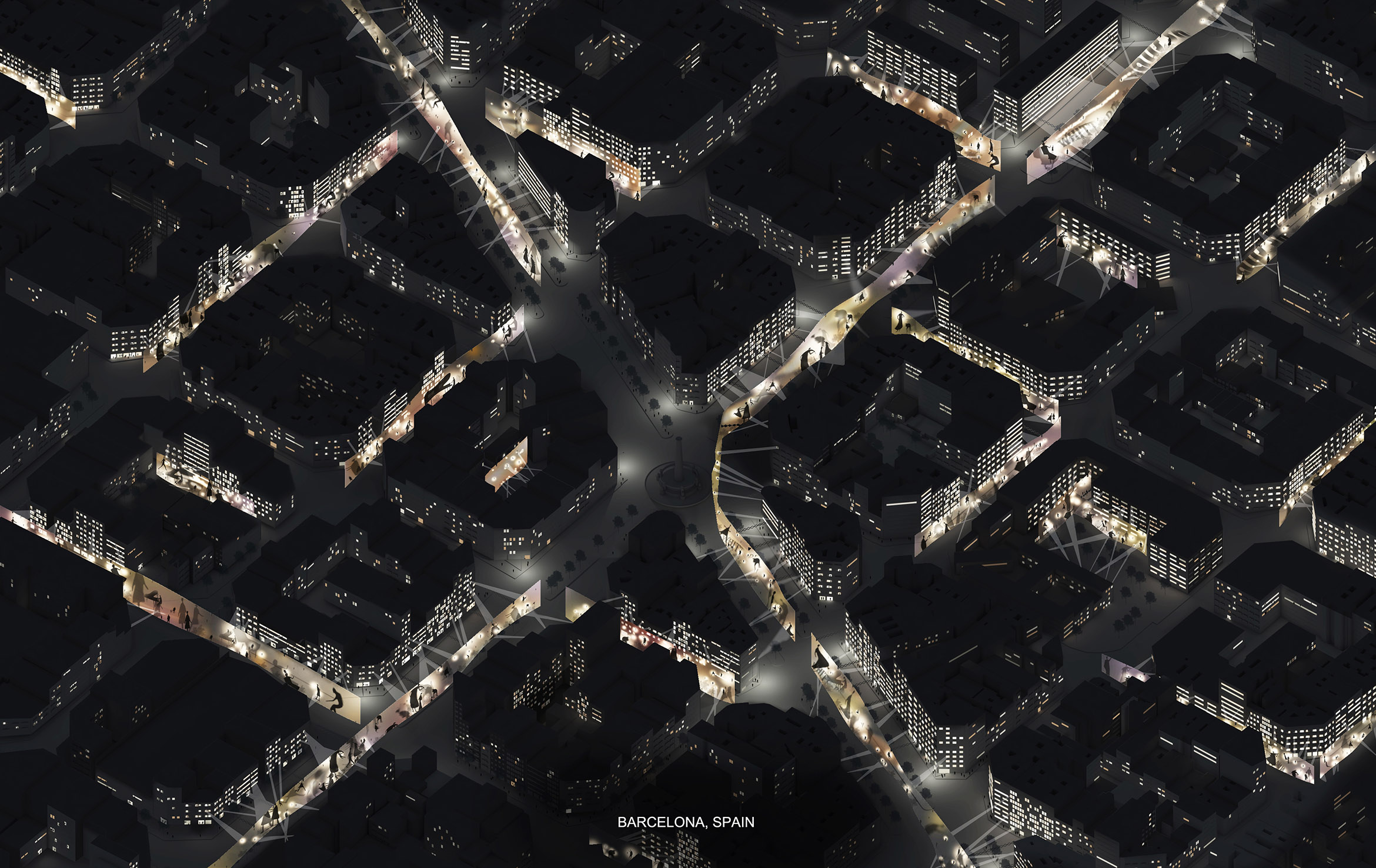 The Coronavirus pandemic has impacted our lives, building a thicker threshold between private and public spheres. As a result of the social distancing orders around the world, people suspended their public life in the quest for health. In this most rapid adaptation, streets, the most vibrant grounds for social interaction and the display of otherness, became ghosted lands. In response to that, Shadow-to-shadow instigates a new mode of distant social interaction that projects real and fictional accounts of our new [ab]normal private lives toward the public realm.

Learning from the Shadow Dance, where performer and audience interact through casting silhouettes on a screen, the project proposes a huge canvas hanging outside people’s windows as an urban communal space that gathers people’s shadows at night time. Shaping this ever-changing open ‘urban theatre’, people are able to project themselves on it and invite others to gather around. The cast of shadows suspends social distancing and they can interact with each other freely on the collective two-dimensional screen.

An extension truss system is connected to the building and attaches the canvas at the opposite end. When the night falls, people look outside their windows or come to their balconies, observing each other’s silhouettes on the canvas. They can also participate in the party, expressing themselves through body movements, lighting effects, sounds, or camouflage. During the daytime, the system will be retracted to the building and the canvas will be taken down. After sunset, it will be hanged again for another round of night gathering.

The project can be replicated in various urban environments and entertain endless citizen’s customization. Light and shadow bring people in isolation together on the same surface, creating an alternative public dimension to fulfill people’s social needs during the pandemic. It invites people to break through the limitations of space and project their real or imagined public personas in this urban theatre. Also, it introduces a new system of distant interaction that stimulates what is left of the feeling of belonging together in order to re-establish the social contact between people.