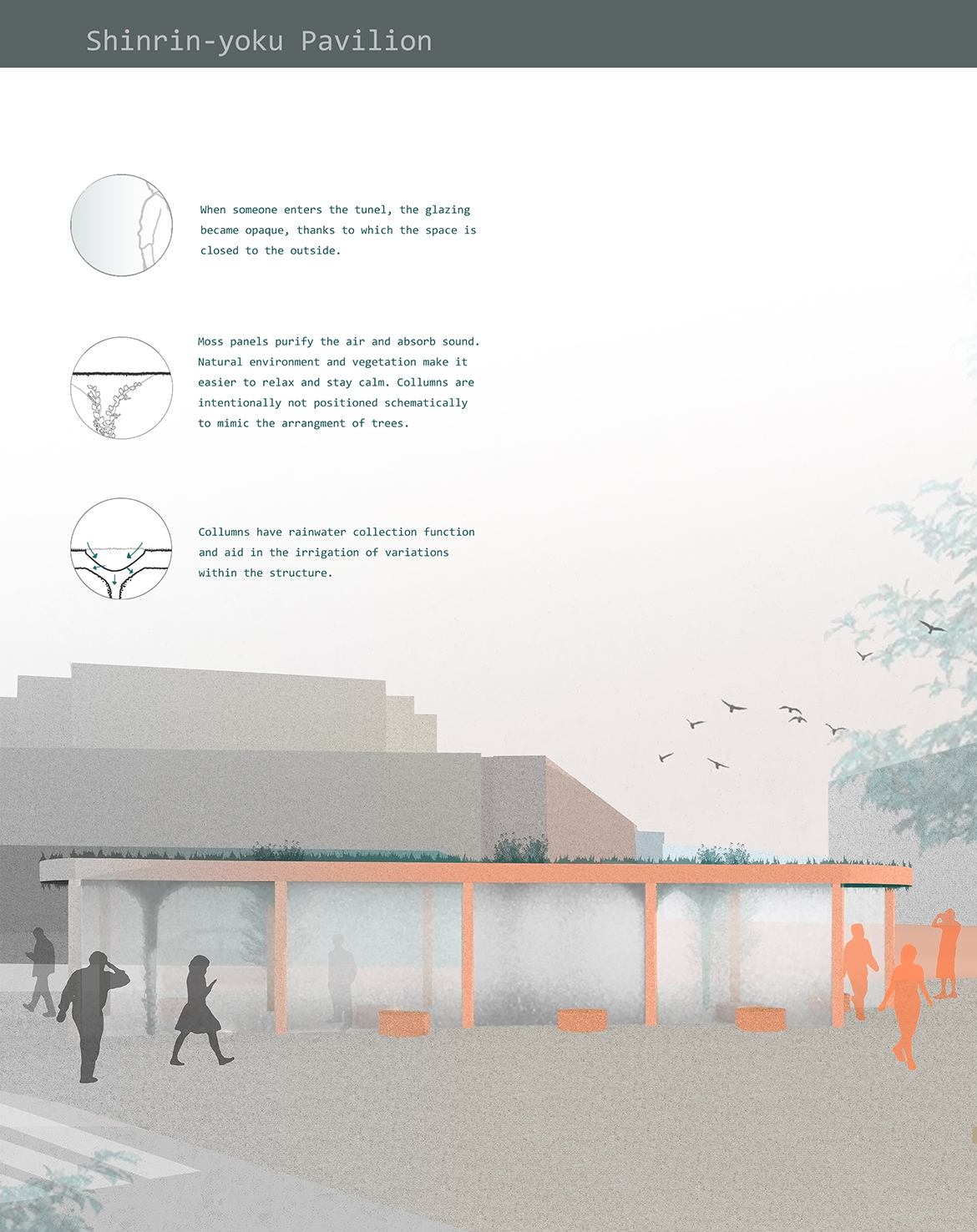 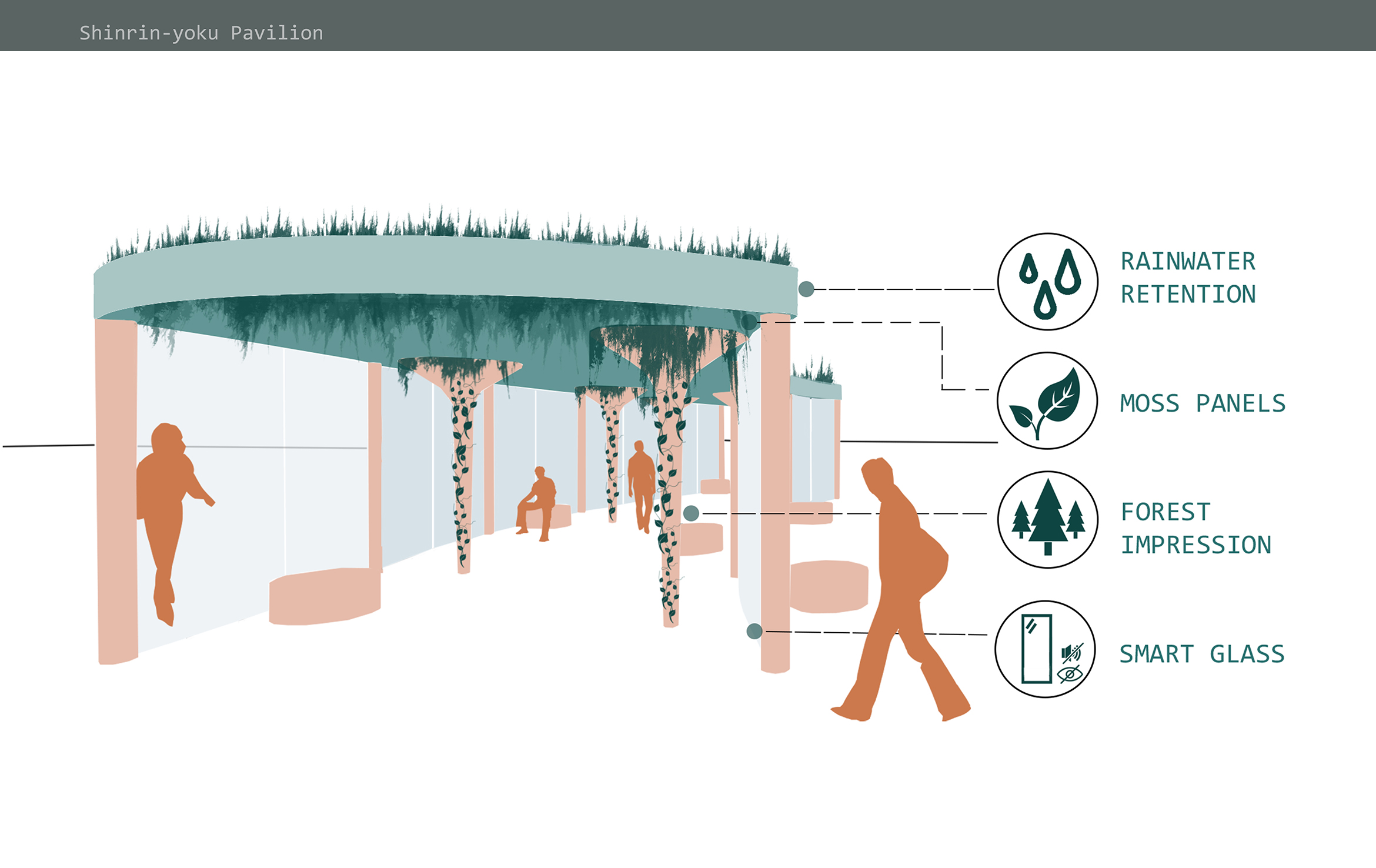 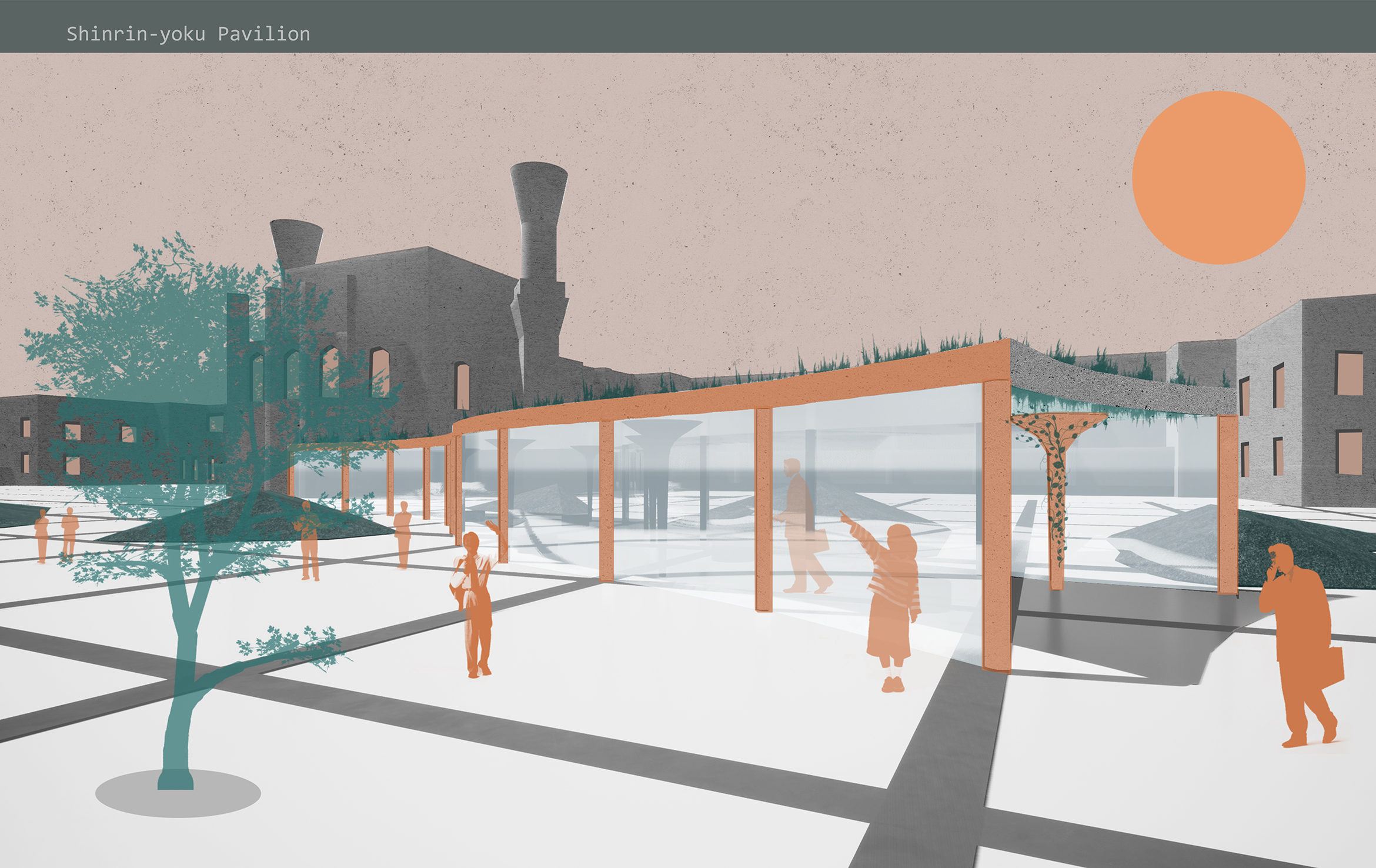 The project is aimed towards people who are highly sensitive to over-stimulation, as their needs are often neglected in urban environment. Therefore we wanted to create a space that would favor them. Our design is mostly dedicated to people with an autistic spectrum condition (ASC) and other Pervasive Development Disorders.

The design assumes the location of “isolation zones” in areas where stimuli are strongly overwhelming. We chose places with increased traffic, where the problem is both sound and visual. For this reason, we focused on spaces in the city center of Wrocław.

The main design goal was to create a structure that limits the amount of stimulti and helps to relax.
As for the interior, we wanted to design the space to minimize the number of different textures.

According to architect Lucy Healy people with ASC prefer curvilinear forms, therefore we designed a tunel with an organic shape. Structure is created with the use of  basic modules of which are segments of a circle. The modularity of the construction allows it to be adapted to different locations in the city center.

Important part of the project are the glass curtain walls. Thanks to the use of modern technology based on motion sensors and smart glass, transparent walls become opeaque when the user enters the space, allowing to visually separate structure’s interior from the intense urban environment. In the rest of the time glass stays transparent and the structure visually blends into the surroundings, leaving the interior, filled with plants, visible to pedestrians.

The roof of the structure rests on pillars and funnel-shaped columns. General shape of the construction elements should remind of the forest. The collumns are intentionally not positioned schematically to mimic the arrangment of trees. They also have rainwater collection function and aid in the irrigation of interior plants. Entire roof and ceiling surface should be covered with moss panels. That environment friendly solution not only helps to purify the air, but also absorbs sound. The illusion of the forest is also created by the benches, which in shape refer to the cut tree trunks and the funnels themselves.

By implementing the solutions mentioned above we wanted to realise the concept of Shinrin-yoku and evoke emotions similar to those experianced when communing with nature, as natural environment and an vegetation make it easier to relax and stay calm for the people with ASC and those who are over-stimulated.