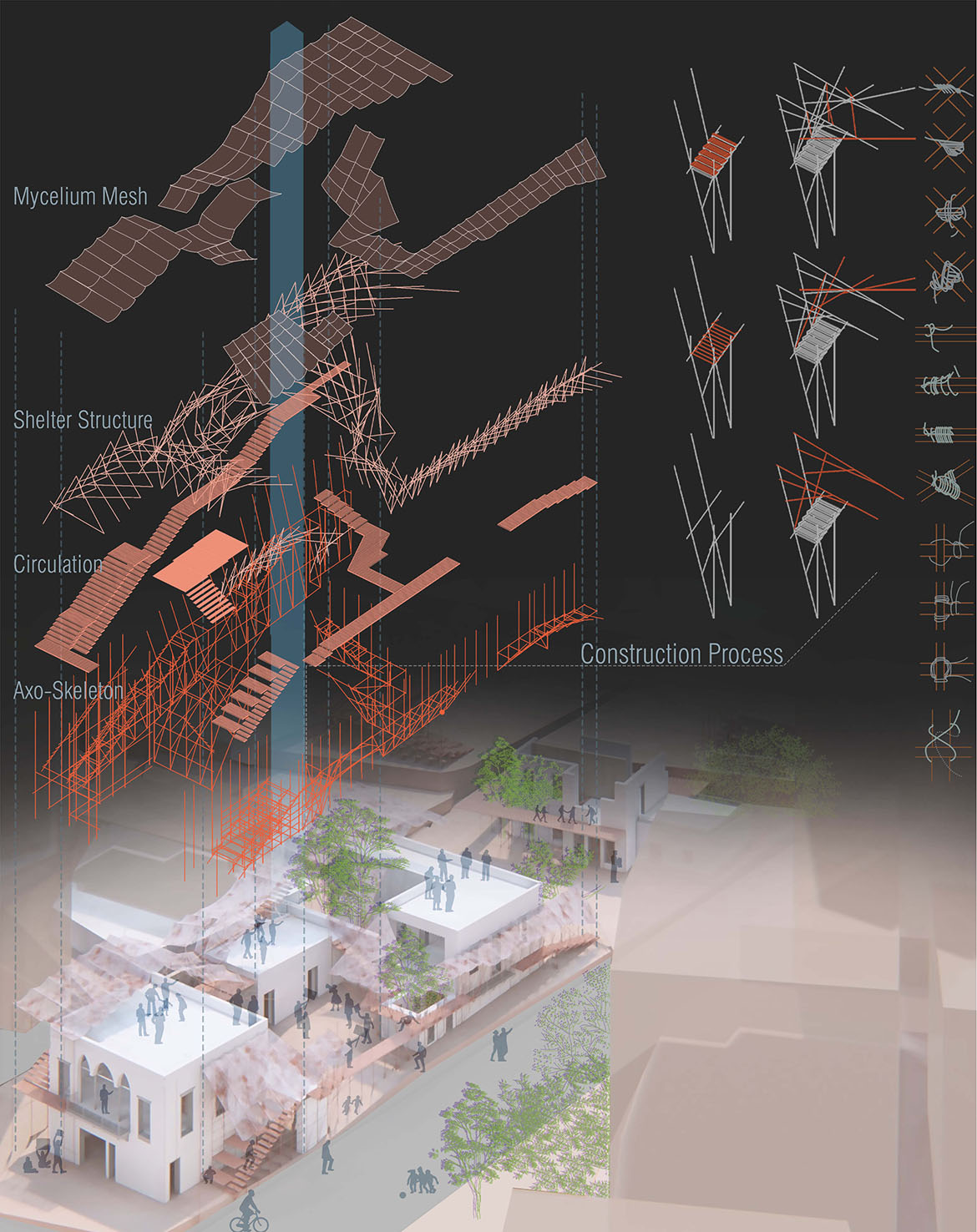 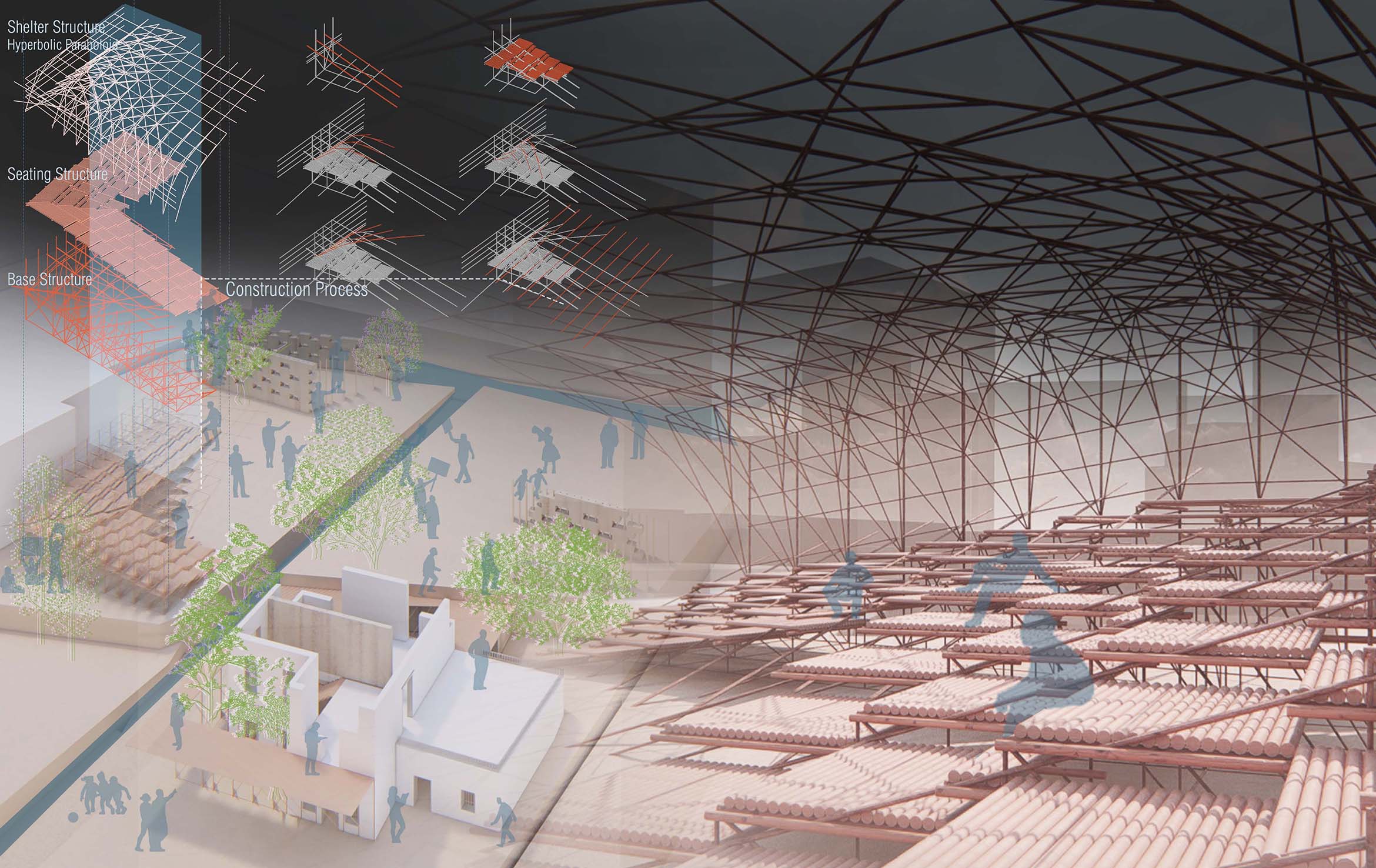 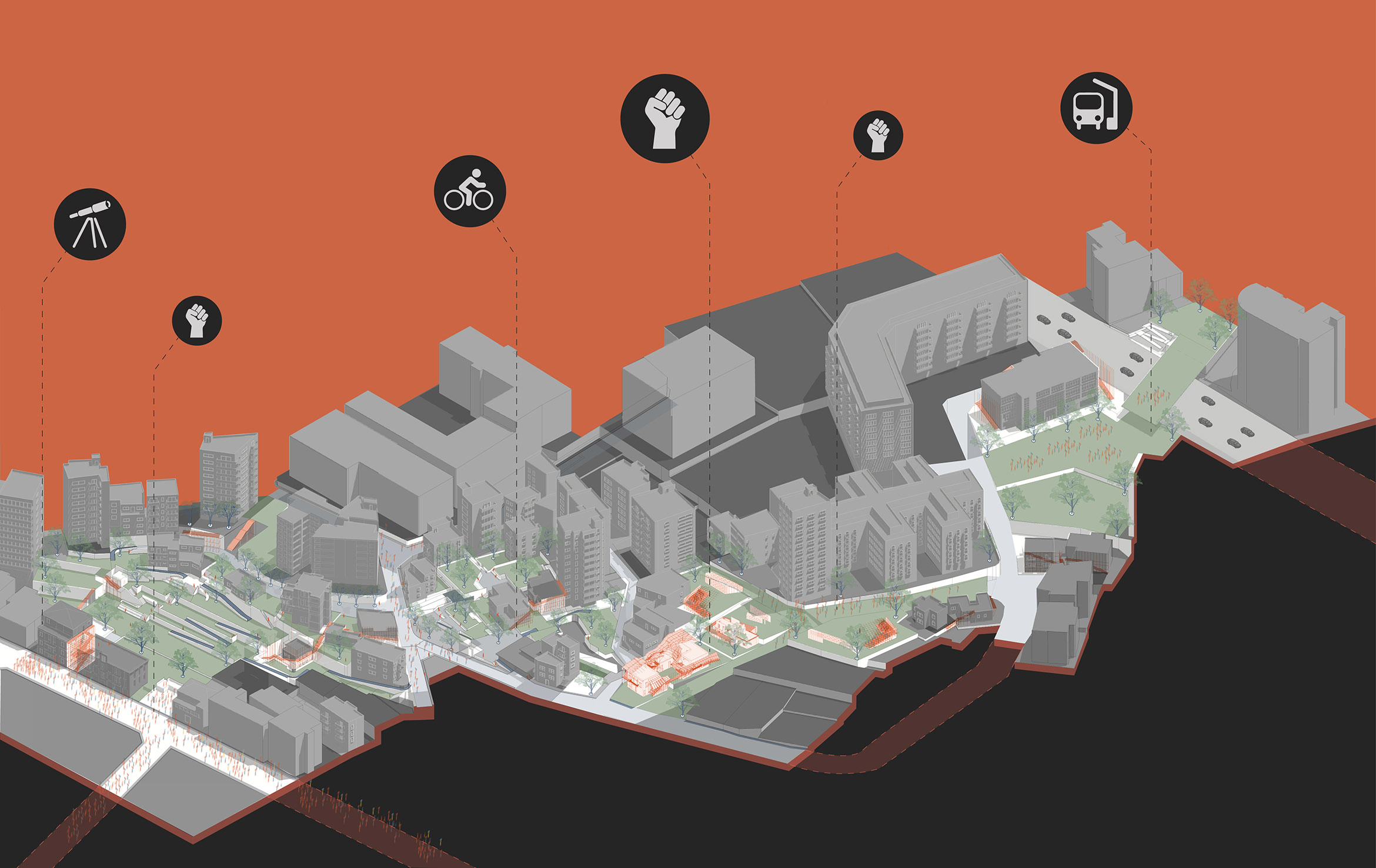 The pandemic, the growing financial crisis in Lebanon, the ongoing revolution, and the 4th of August explosion paralyzing the port’s and the whole city’s activity, every citizen on the Lebanese grounds felt unwelcomed, dwelling on grounds where each hint of character or memory was erased. The Lebanese grounds left their dwellers fighting for their streets, homes, and memories back. With that, there was an urge for a public space for all.

The site chosen extends over the Fouad Boutros Highway stretch, a prior highway failed project, extending from Achrafieh to Gemmayze Neighborhood in Beirut, Lebanon. A pedestrian park with amenities is proposed instead. It addresses every dweller on the Lebanese grounds, the old, the young, the poor, the rich, the student, the artist, the foreign, the homeless… the activist.

The park responds to the pandemic, climate change challenges, and the unstable situation in. As the pandemic brought a lack of accessibility to certain spaces and a shift from the vehicular and the enclosed to the pedestrian and open, a desire for pedestrian mobility, walking and biking, and green open spaces, the alternative safer retreat, grew. It also projected along with the financial crisis, a forceful move from the imported to an affordable sustainable alternative, especially when it came to materiality. Cane, grass ropes, and agricultural waste were used for the circulation and theater structures, and the joints. These biodegradable materials were implemented through the investigation of the complex systems proposed. Climate change is addressed through the re-use of existing abandoned structures instead of proposing additional units, and through encouraging an alternative for vehicles with the addressed pedestrian networks.

The stretch designed is a proposal of a pedestrian park tailored around, within, and above the existing abandoned cultural heritage building. It is infused with pedestrian networks, biking routes, outdoor meeting spaces of expression, and indoor meeting spaces of research, study, and art. The approach proposes the core of a network of inter-woven city grounds:

The pedestrian networks are extended beyond the park’s ground, connecting multi-level platforms- the ground, balcony, and roof- of the fragile existing structures with a proposed system of woven cane: an axo-skeleton, circulation, and shading system. Seating structures are introduced empty abandoned lots to encourage a public plaza and a performance space. Biking lanes are spread throughout the neighboring area creating a network of interactive playful routes that celebrate the character and the people of the neighborhood.